Following her speech at the Miss Grand International (MGI) finals night in Bangkok almost a fortnight ago, it appears that Miss Grand Myanmar Han Lay has landed herself in hot water. 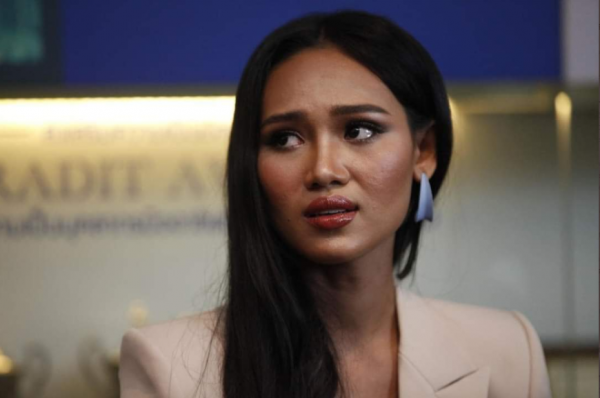 Han Lay was given the opportunity to express her thoughts about the civil unrest in her home country during the show's segment "We Stand by Your Side." While there has been no official confirmation, reports are circulated on Thai and Burmese pageant sites that Myanmar has released an arrest warrant for Miss Grand Myanmar Han Lay. Those who sent her to Thailand are also included. The arrest was connected with her expression about her country's continuing political struggle and atrocities committed by the state's militia.

Han Lay was last seen on the island of Phuket with the Miss Grand International Top 5, where the winners were taking photographs and videos for the Amazing Thailand tourism campaign. In a previous interview with Grand TV, she said that she would temporarily move to Thailand as the civil unrest continues, as per PhilStar Global. Han Lay's quest for reconciliation in Myanmar's continuing civil unrest is hoped to support the MGI Organization, which advocates against war and violence.

Amid the chaos, the 22-year-old used the world stage to draw attention to the country's military abuses. Han Lay emphasized the speed at which casualties occur, expressing her sorrow for those who have died on the sidewalks. Throughout her vehement voice, which left many people in tears, she repeatedly called for immediate assistance for her country.

Han Lay, Miss Grand Myanmar speaks out against military coup.
This is powerful and thank u for speaking out using ur platform ✊👏
Thank u #missgrandinternational2021 stage owner giving a chance to represent us and speak to see what happens in our country#WhatsHappeningInMyanmar pic.twitter.com/ChEXVpByZu

Her remarks may have had her on the military's radar. She told the BBC that she would be staying in Thailand for at least the next three months. Regardless, she told the British broadcaster that it was her "job" to speak up for her country.

This comes as Myanmar's military Junta has released a slew of arrest warrants for celebrities who have expressed sympathy for the anti-coup protests, Republic World reported. It issued a "wanted" list of the country's actors, actresses, performers, social media influencers, bloggers, and other acclaimed artists who have been using their popularity and influence to organize protesters, threatening the country's "stability," as the armed forces put it.

Myanmar's Junta has intensified its fight against celebrities who back nationwide anti-junta demonstrations, posting wanted lists in the state press and threatening against using their jobs. The step comes after weeks of escalating violence by security forces in suppressing street demonstrations against the February 1 coup that deposed Aung San Suu Kyi's elected government.

According to the Assistance Association for Political Prisoners, which tracks casualties and arrests and estimates that the true count is higher, at least 570 protesters and bystanders have been killed after the coup, including 47 children. After five decades of military rule, the country's eventual transition to democracy was halted by the coup.

Actors, musicians, and social media influencers are among those charged with violating Section 505(A) of the Penal Code for "spreading news to harm state peace," according to the lists released in Myanmar's Global New Light newspaper on Sunday and Monday. The offense carries a maximum sentence of three years in jail.

A chart that takes up most of a website lists 20 people, along with their pictures, hometowns, and Facebook accounts. Some actors and directors were convicted in February, but last week, army-controlled Myawaddy TV broadcast a wanted list, intensifying the drive against celebrity protest backers. At this point, there are at least 60 people on such lists, as per NY Post.