Paris Jackson appeared on Naomi Campbell's YouTube series "No Filter" on Tuesday, where she discussed her upbringing and how her famous father, Michael Jackson, instilled in his children a good work ethic and a wide range of musical tastes. Not just through his art but even through his children, the King of Pop leaves a lasting legacy. 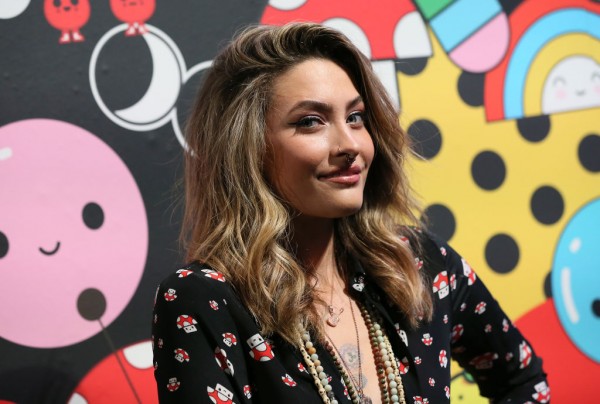 Michael Jackson's daughter said her dad was good about ensuring that they were cultured, educated and not showing them the glitz and glam. The 22-year-old said she was born in Los Angeles and conceived in Paris, but she grew up "kind of everywhere."

"It was almost as if we could see everything. We saw third-world countries. We saw every part of the spectrum," Paris explained.

When her father died in June 2009, the model-singer was 11 years old, but she admits that his influence on her life remains to this day. When asked whether Paris was too popular to turn up for model auditions, Campbell said that she is "a full believer that I can earn everything."

Paris has become a power to be reckoned with. She appeared in Stella McCartney's latest collection's ad campaign earlier this month, which featured eco-friendly vegan-leather items. In November, she released her debut album, "Wilted." Paris Jackson cites her father's music and his wide range of artistic tastes. She said Michael Jackson guided her taste and sound as she follows in her family's footsteps into the music industry, as per the NY Post. 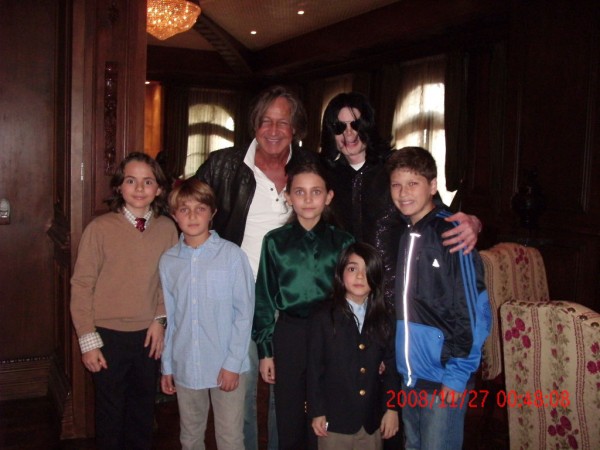 (Photo : Mohamed Hadid via Getty Images)
Michael Jackson Poses With His Children WESTWOOD, CA - NOVEMBER 27: In this handout photo provided by Mohamed Hadid, singer Michael Jackson (3rd R) poses with real estate developer Mohamed Hadid (3rd L), Hadid's children and Jackson's children Michael Joseph Jr. (L), Paris Michael Katherine (C) and Prince Michael II (2nd R) on November 27, 2008 at the Jackson Holmby Hills residence in Westwood, California. Michael Jackson spent his final days in the house that Hadid had originally built and that Jackson leased for $100,000 a month from the current owner. Hadid, who calls himself a close friend of Michael Jackson, spent some of Jackson's last days with him and is now speaking out about Jackson's health and state of mind during the last few weeks before his death.

Prince Jackson, Paris' older brother, recently gave a rare interview for "The Mix" about his father and childhood, offering insight into Michael Jackson's parental style as well as guidance from his father that is "close to my heart" and "relevant at all times."

"The one that is my guiding philosophy is that you never stop learning," the 24-year-old said.

He continued, "I graduated, but that doesn't mean I stopped studying. And my father used to say something like, 'The minute you stop knowing, you're going to start dying.'"

Paris was just 11 years old when her father, Michael Jackson, passed away. Prince, her older sibling, is 24 years old, and Prince Michael Jackson II is her younger half-brother (Blanket). Last November, the American beauty followed in her father's footsteps and released her debut album.

In October, Paris Jackson told the Associated Press that she hopes the album would make people feel "a bit less lonely" amid the COVID-19 pandemic. She added that she was healed a lot through the creation of the song. And there are times when she listens to those songs, and she thinks, "Wow, I was so naive." But, for the most part, it's just a feeling of appreciation and pleasure that she gets from listening to the songs and watching how they've developed and evolved, Paris Jackson continued.

"Yes, he did," Paris said when asked if she thought Michael wanted her to have a normal life. He told us that he didn't even have a childhood when he was younger. He'd be trapped in the studio singing while the other kids were out playing, for instance. And he desired for us to have it. But we'd frequently visit Chuck E. Cheese's. Our favorite places to visit are Chuck E. Cheese and Toys R' Us." Paris also said that she and her siblings had to work hard to win their Toys R' Us shopping sprees, EOnline reported.