Kim Kardashian has added "billionaire" to her list of achievements. The makeup and shapewear entrepreneur, who got her start on the reality TV show "Keeping Up with the Kardashians," has joined Forbes magazine's list of the world's billionaires for the first time on Tuesday. 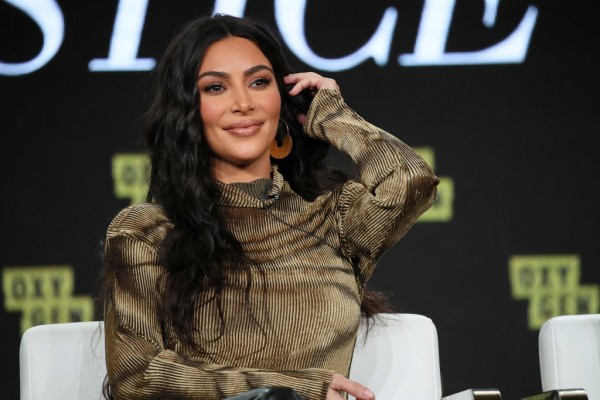 Kardashian, 40, is now worth $1 billion, up from $780 million in October. According to Forbes, her fortune has increased due to two profitable companies - KKW and Skims - as well as income from reality tv and sponsorship deals, and a host of smaller investments.

After a 20-season run, the family's hit reality show "Keeping Up With the Kardashians" is due to end this year, as per The Sun Daily.

Kardashian joined her soon-to-be ex-husband Kanye West in the billionaire club. West's net worth was reported to be $1.8 billion by the business magazine on Tuesday, based on his Yeezy sneaker and apparel collection sales.

It placed the 23-year-old's fortune at about $700 million, citing a challenging year for cosmetic revenues during the coronavirus pandemic and past overestimations of revenue from Kylie Cosmetics, that Coty Inc., already owns 51 percent of.

KKW Beauty debuted in 2017, with Kardashian West often launching cosmetics in collaboration with her four famous sisters. According to NewsD, Kim Kardashian heavily promoted them on social media, wherein she has 69.7 million followers on Twitter and 213 million Instagram followers.

In 2019, she unveiled the multicolored shapewear line Skims. Kardashian announced opening the first Skims pop-up shop at a high-end shopping mall in Los Angeles on Tuesday by sharing a picture of herself in a bikini on a beach with the caption "Bliss."

Since October, the star's wealth has increased by more than $200 million, from $780 million last fall to $1 billion this spring, just five years since the magazine first claimed she had made her first $51 million. The firm earned about $100 million in sales by 2018, with 2,775 billionaires included in this year's rankings.

Skims, the recent venture, debuted in 2019 with underwear and loungewear in the founder's trademark minimalist style, a step that proved profitable during the work-from-home period. Though sales estimates for the venture, of which Kardashian holds a controlling stake, have not been disclosed, Forbes has estimated it's worth more than $500 million.

Jenner, the Kardashian family's youngest member, dropped out of Forbes' rankings in 2020 after the magazine reported that the 23-year-old had inflated the size of her own cosmetics brand. At the age of 21, she was dubbed the world's youngest self-made billionaire in 2019.