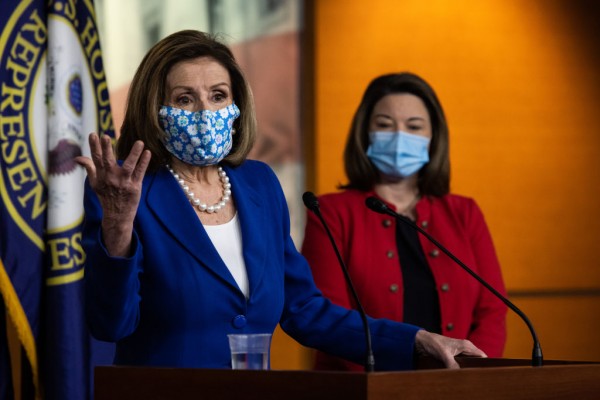 The new bill is expected to help immigrants in the country to get citizenship, and this will also be their vehicle to get financial assistance like stimulus aid. The said bill comes amid the tension happening today in the different borders.

In a recently published article in Roll Call, the new legislation or the reconciliation bill reflects the reality of the divided Congress. Legislators in the House have been struggling to come up with an agreement over the immigration policy.

Factors that Push Lawmakers To Take the Legislative Action

According to a recently published article in The New York Times, the House of Senate might support the use of the reconciliation bill. However, there are no exact details yet on how many Republican Senators will support the bill.

Meanwhile, Democratic House Speaker Nancy Pelosi said, "We think we can make a case about the budget impacts of immigration in our country, and we are going to try to do that." The speaker was referring to the Byrd rule, which excludes nonbudgetary provisions.

Moreover, Democratic Sen. Bob Menendez, who sponsored the immigration bill and is supported by the White House, will not foreclose any tool that will ultimately allow Democrats to allow as many citizenships as possible to the undocumented immigrants.

The pressure for the lawmakers to pass the legislation also comes due to the increasing number of unaccompanied children at the borders. Three military camps are presently used to house the immigrants at present. The most recent is Camp Roberts in California.

Benefits of the Reconciliation Bill

The reconciliation bill will give many benefits to qualified immigrants, including access to high-paying jobs and federal benefits such as stimulus aids and more.

According to Molly Reynolds, a senior fellow at the Brookings Institution, any successful effort to incorporate immigration-related clauses in a potential reconciliation bill will undoubtedly make federal incentives such as stimulus checks open to immigrant communities.

She found out that majority parties have been more aggressive in using compromise to enact significant legislative changes in recent years. She believes such legislative reforms have a better chance of making it into extraordinarily large compromise bills, such as the recent pandemic relief measure, which included directives from many committees.

On the other hand, Republicans, who denounced the most recent pandemic relief bill for provisions they considered irrelevant to COVID-19 recovery, remain adamantly opposed to any efforts to integrate democratic reform goals into a forthcoming infrastructure package.

Impatient for reform after the Trump administration's hardline position on immigration, immigration activists want senators to consider every mechanism possible to make progress on the issue, whether it's overruling the Senate parliamentarian or abolishing the filibuster completely.