Democratic Senators express their objection over the $2 trillion infrastructure package of Pres. Joe Biden by increasing the corporate tax. 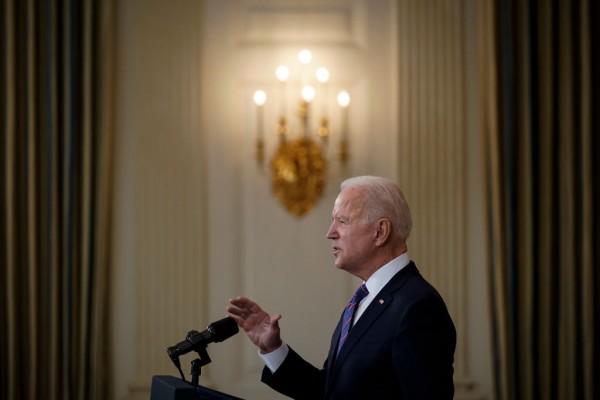 Pres. Joe Biden plans to propose a $2 trillion infrastructure plan by increasing the corporate taxes, according to a recently published article in Business Insider. However, this plan might seem to face opposition from his own party.

In a recently published article in Vox news, two Democratic senators have already voiced their concerns over the infrastructure plan. One of them is the moderate Democrat Sen. Joe Manchin from West Virginia.

It can be remembered that Sen.Manchin has already proven himself to be an outside presence in the Democratic majority. He also expressed his opposition to the inclusion of the $15 minimum wage in the recently proposed American Rescue Plan.

Concerns of the Democratic Senators

Pres. Biden proposed to increase the corporate tax rate from 21 percent to 28 percent. Manchin has already expressed his withdrawal of support in the plan and said that the international average rate is a little bit lower.

He explained that the corporate tax rate should have been below 25 percent. Sen. Manchi continued "That's the worldwide average. And that's what basically every corporation would have told you was fair."

Meanwhile, Sen Manchin answered that the proposed Corporate Tax Bill is not going to end up that way. He further explained that the bill would not be passed without reconciliation not unless they will vote to support it. He also said if I he didn't vote to get on it, it would not go anywhere.

What is the Effect of Raising Corporate Taxes?

Basically, increasing corporate taxes is an advantage for different businesses. It is not a good idea because this will lead businessmen and investors to withdraw their investment plans in the country.

Meanwhile, Pres. Joe Biden expressed on Monday that he is not worried about increasing the corporate taxes and that it might lead corporations to other countries. Janet Yellen, the Treasury Secretary, also argued and support Pres. Biden explaining the global minimum tax rate today.

Sen. Manchin is Not Alone Who Opposes the Increase of Corporate Tax

Democratic Senator Mark Warner also expressed his opposition to the increase of corporate tax. He said "I've had some outreach from the White House, but it was more heads-up than input into the development of the package. So I've already expressed some concerns."

The only way for the proposed bill to pass in the Senate is to have unanimous support and votes from the Democrats since Republican Sen. Mitch McConnell has already said that it will not get any support from his party However, it seems that members of the Democratic Party in the House of Senate are divided either or not to support the bill.