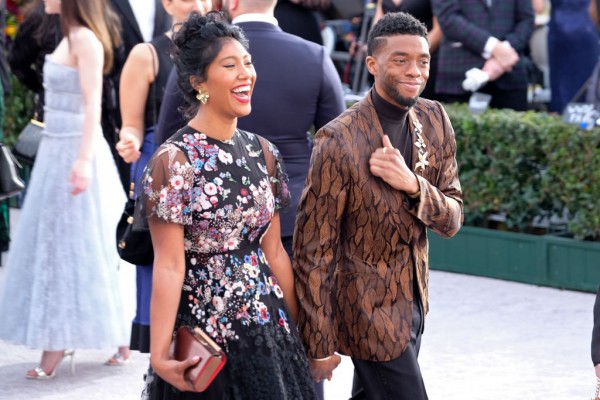 Riz Ahmed, Anthony Hopkins, Gary Oldman, and Steven Yeun were the other four young nominees that Chadwick beat out, as per Daily Mail. However, Boseman lost the supporting actor award on Sunday to Judas and the Black Messiah star Daniel Kaluuya for his role as 'Stormin' Norman Earl Holloway in Da 5 Bloods.

'This one's for Chadwick Boseman,' the 32-year-old Englishman said in his acceptance speech. When Viola Davis won the best actress for her role as 'The Mother of Blues' on Sunday, she also listed her 'beautiful' co-star.

In March, Ledward accepted Chadwick Boseman's Golden Globe for best performance by an actor in a motion picture - drama for his role in the same film. She thanked the people she knew the late "Black Panther" actor would like to thank, including director George C. Wolfe, producer Denzel Washington, and co-star Viola Davis, in her speech.

"He'd say something amazing, something inspirational," Ledward said, "something that would amplify that little voice inside of all of us that tells you you should, that tells you to keep walking, that calls you back to what you're supposed to be doing at this moment in history."

Ledward added that she doesn't have his words but "we must take every chance to honor those we love, so thank you HFPA for this opportunity to do just that, and hun, keep 'em coming."

Last month, at the NAACP Image Awards, Boseman took home two more awards: best actor for Netflix's "Ma Rainey's Black Bottom" and best supporting actor for "Da 5 Bloods." When she gave an acceptance speech on her late husband's behalf, Ledward became emotional. She also used it as an opportunity to remind the Black population to have cancer screenings regularly, claiming that the disease is "beatable," IB Times reported.

According to Variety, the star of "Black Panther" died of colon cancer in August 2020, at the age of 43. Boseman's last film performance, "Ma Rainey's Black Bottom," has earned him several awards during this year's awards season, including a Golden Globe in February.