The Head of Cyber Ninja, the auditing company hired to audit the result of the 2020 Presidential election in Arizona's Maricopa County, is a supporter of former President Donald Trump. According to The Arizona Republic, Doug Logan, the Florida-based company Cyber Ninjas founder, posted pro-Trump election collusion conspiracy theories on a now-defunct Twitter account. 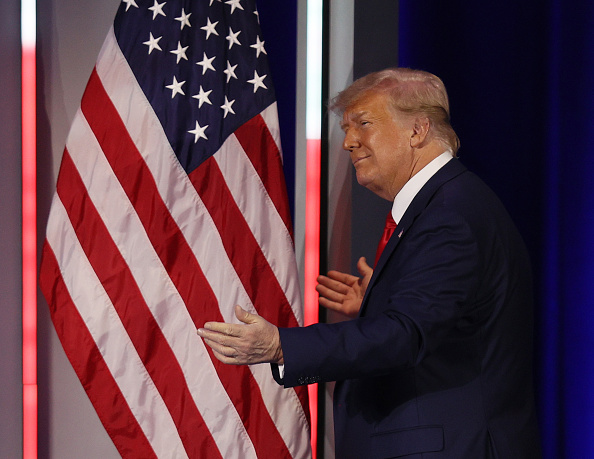 Arizona's GOP-controlled Senate has hired Logan's company to perform a new post-election analysis of performance in its most populated county. Countless recounts and investigations have reported that Trump lost the county by around 45,000 votes to Joe Biden.

The former President Donald Trump supporter who allegedly spread voter fraud conspiracy theories on social media after Trump lost is the lead person of a firm hired to verify the outcome of the 2020 presidential election in Arizona's Maricopa County, according to a recently published article in Newsweek.

A tweet from @Lord_Barrister stated that he is tired of hearing people saying that there was no election fraud one month after the 2020 U.S. Presidential election. He also insisted that it happened, it is real, and people or the voters get wise fast.

Another tweet from @cain_nate claimed that "With all due respect, if you can't see the blatant cheating, malfeasance and outright voter fraud, then you are ignorant or lying." He also firmly believed that 77 percent of the Republicans believed that their votes were stolen, according to a published report.

A cached version of the account that supposedly belonged to Logan is still available online, but it only features tweets from late December. Over a week, the account posted tweets from influential personalities connected to pro-Trump conspiracy theories, including former Trump national security advisor Michael Flynn and Sidney Powell, the prosecutor who threatened to file "Kraken" litigation to reverse the election outcome and hold the former president in control.

What You Should Know About the Head of Cyber Ninja Auditing

Logan was also interested in an attempt to audit elections in Antrim County, Michigan, where a Republican county clerk's human mistake briefly saw Biden winning the overwhelmingly Republican county in the announcement of unofficial results, according to the USA Today.

Logan claimed to have discovered mistakes that pointed to bribery, but state and local county officials allegedly found several flaws in his research, which they called biased. Neither the Cyber Ninjas website nor its LinkedIn page suggests that it has some experience auditing polling equipment, applications, or something else specific to elections.

Despite this, Cyber Ninjas was employed as the lead firm in the audit, responsible for managing the work of three other firms. The audit team is also said to include CyFIR LLC, Remote Exploration, and Wake Technology Services Inc. The audit will allegedly use technology from Jovan Hutton Pulitzer, who Gizmodo dubbed "the inventor of one of the worst inventions of all time" while talking to the CueCat home barcode reader.

The voting results in Maricopa County have already been confirmed on many occasions. The Arizona Senate recently retained two independent companies to perform election audits published in February and showed that the approved results confirming Biden's victory were reliable. Like so many other investigations into the election results, the audits found no convincing proof of widespread manipulation.

US Military Officials Confirm Pentagon Is on High Alert, on the Lookout for Russian Activities