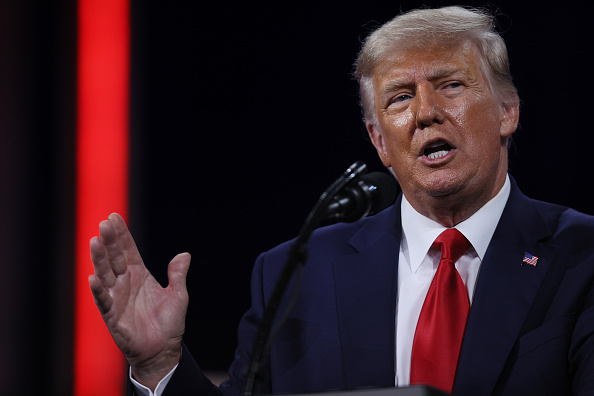 Lara Trump, daughter-in-law of former Pres. Donald Trump posted her video interview with the former POTUS on her official Facebook page. According to BBC News, Lara Trump, who works as a new contributor on Fox News, interviewed Mr. Trump on different issues.

Following it, Lara Trump posted on Tuesday through her Instagram account an email her team received that warned them for uploading the video. The email stated that the social media platforms Facebook and Instagram are currently not allowing any new videos related to former Pres. Donald Trump, according to a published report on CNBC.

Additionally, the email also stated that new posts that will feature former Pres. Trump speaking will be removed on the social media platforms. A reliable source from the social media giant Facebook also confirmed the veracity of the content of the email.

According to Yahoo News, additional content also stated that further materials that will be uploaded in Donald Trump's voice will be deleted, and the account will face new restrictions, in accordance with the block they put on his Facebook and Instagram accounts.

It can be remembered that Facebook indefinitely banned the POTUS and official page of Donald Trump a day after the riot in the Capitol. Following it, Twitter also released its own decision and banned the account of Mr. Trump permanently.

The decision of Facebook for the removal of Trump's video is a test for the social media giant as to how long they will suspend the activities of the former president through social media. It is still not clear if Facebook has a plan to ban permanently Mr. Trump on its platform.

Meanwhile, Facebook CEO Mark Zuckerberg did not yet release his official statement about the removal of the video. The video features Lara Trump interviewing her father-in-law, former Pres. Donald Trump, that was removed on Facebook was said to be part of his indefinite suspension, according to the spokesperson of Facebook.

In a recently published article, Facebook remained its stand to indefinitely suspend any new videos that are related to former Pres. Donald Trump. The social media company also said that they are now referring this matter to its independent oversight board.

The role of the newly instituted board is to review and will make a binding decision if Trump's account will be activated or reinstated. In January this year, the oversight board said that they will have up to 90 days to decide the matter but members of the committee said that they will move and decide as quickly as possible.