Billie Eilish unveiled her latest hair on social media on Wednesday. The star of "Therefore I Am" has gone blonde, and her fans are fascinated.

@Instagram
Within an hour of posting photos of her new look, which she literally captioned "pinch me," the seven-time Grammy nominee had received over four million likes from her 77.7 million followers. Back in December, as people pressured her to alter her hairstyle, Billie Eilish let fans know about the upcoming change, NBC Bay Area reported.

Billie Eilish has set a new Instagram record by ditching her signature look from her previous album campaign. Eilish covered her hairline with various bandanas and caps at the Grammys, as per the Independent.

She won Record of the Year for her single "Everything I Wanted," which she also performed at the awards show. Eilish then announced in a video that she had been wearing a wig and was now blonde on Wednesday.

According to the BBC, the pop star's subsequent photo of her fresh blonde hair got a record-breaking one million likes on Instagram in just six minutes, breaking the existing record set by Selena Gomez following her 26th birthday post in 2018.

Eilish's photo had 16.5 million views at the time of writing, making it one of the top ten most-liked Instagram posts of all time. Megan Thee Stallion and Ashnikko were among the artists who gave their approval.

How many times Billie Eilish changed her hair color? 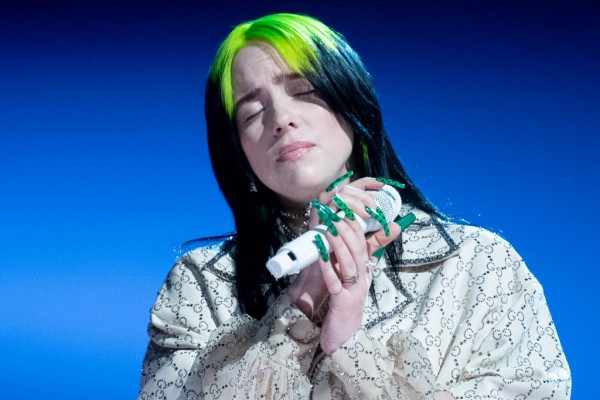 Billie Eilish hasn't been in the spotlight for long, but she's undergone a lot of transformations in that time. The teen singing sensation is known for her hair color changes.

Since her rise to fame in 2018, Billie has experimented with various hair colors. She had silver-purple hair when she first burst onto the music scene.

In the summer of 2018, she dyed her hair a deep shade of blue. Eilish didn't go darker with her hair until April of this year.

In July 2019, she debuted her dark hair and green roots, which she kept until 2021. She shocked fans when she revealed her newly blonde locks in March 2021.

According to The Sun, Billie Eilish was born a blonde. As a result, her latest platinum locks are a return to her natural appearance. Billie's latest blonde hair is thought to be a wig by her fans.

Multiple videos on TikTok are currently circulating, speculating that she is wearing a hairpiece to hide a new look that she will announce soon. Some speculate that Billie is sporting the wig to conceal a new look that she's about to debut alongside her second album, while others believe it's to hide hair loss from coloring her hair.