The Grammy Awards could have easily been another loss this year, either due to the pandemic or the current backlash against the lack of inclusion and openness in high-profile award shows. 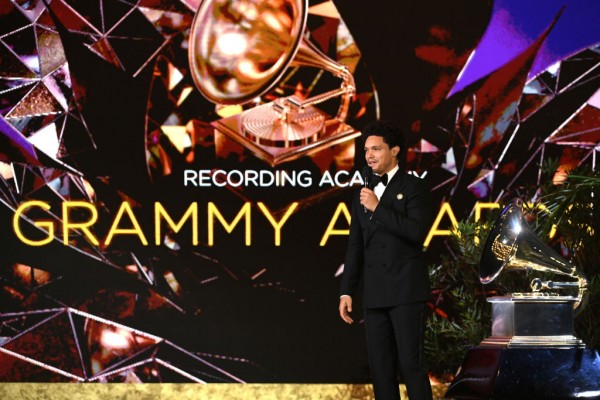 According to CNN Edition, related blame has been leveled at the Grammys in recent years. Last year's Grammys were held in the wake of a sensational Los Angeles Times interview with the Recording Academy's outgoing president, Deborah Dugan.

She said the awards were riddled with corruption and conflicts of interest. The finalists' lists were rigged to benefit a mostly white "boys' club" of industry insiders and that those who suffered as a result of alleged self-dealing were mistreated.

The smaller-scale performance we saw Sunday night appeared appropriately gracious, with several masked actors receiving awards al fresco. And the very first award given appeared to be a nod to an Academy in transition when a stunned and emotional audience applauded.

Megan Thee Stallion won the award for the best young artist, making her the first rapper since Lauryn Hill in 1999. She won best rap song and best rap performance for "Savage" for the second time, sharing the latter two with the track's featured vocalist, Beyoncé.

With her anthem of last summer's George Floyd marches, "I Can't Breathe," she and H.E.R. won the year's song.Despite this, several of the biggest prizes went to well-known White artists, with Billie Eilish earning song of the year for the second year in a row, Taylor Swift winning her third album of the year.

The musical numbers lacked the all-or-nothing feel of previous live-audience acts. Still, they more than made up for it with diverse enthusiasm from an array of artists who looked a lot more like today's borderless, culturally multicultural Spotify-and-TikTok-powered music scene than previous Grammys slates.

But it was Korean superstars BTS who had perhaps the most awaited performance of the night, delivering a rendition of their English-language megahit "Dynamite" to celebrate the group's first-ever nomination. Their number was sleek pop excellence, with the shine of endless hours of rehearsal - but sang and danced with a true pleasure that made it clear that they did it out of passion, not compulsion.

It was the kind of show that demonstrated how music has the power to bridge divisions, uniting people regardless of ethnicity, gender, culture, or sexuality. We allow it to do so by giving a diverse range of performers exposure in the spotlight.

In case anyone is wondering about ARMY's social media impact on what is considered the biggest night in music...

They created more than 4.4M unique tweets (no RTs) with its top 3 WW trends today, in comparison to the show's 1.5M tweets 💪 @BTS_twt pic.twitter.com/caJDSRCryD

Golden Globes 2021: Complete List of Nominees and Winners per Category

The Grammys did the bare minimum again 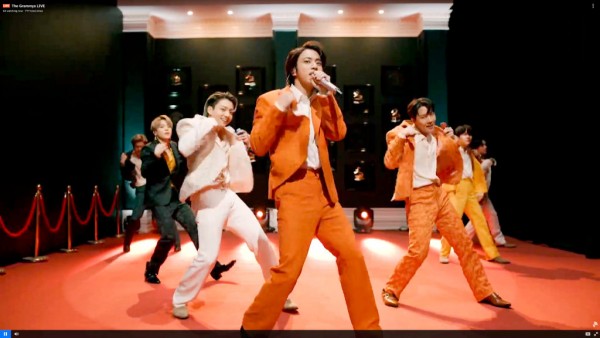 If that seems like an unexpected way to launch an article, it's because that's exactly how the Recording Academy tossed out the Best Pop Duo/Group Performance award, for which BTS' "Dynamite" was nominated, early in the evening. Lady Gaga and Ariana Grande's "Rain on Me" won the award before the show had begun, defeating the Korean pop septet's record-breaking hit.

But it didn't deter the Grammys from hyping BTS' live appearance during the night in a desperate attempt to keep audiences tuning in, Forbes reported. Viewers complained on social media about the Grammys relentlessly mocking BTS' performance, with many joking that the show was keeping the Korean pop septet and their fans hostage.

According to Variety, last night's Grammy Awards ceremony averaged an abysmal 8.8 million viewers, making it the least-watched telecast in Grammy history. BTS' 2021 Grammys saga came to a shocking but predictable close, with the Music Academy once again doing the bare minimum for the world's biggest pop group.