With one of his Cabinet nominees increasingly likely to be defeated by the Senate, US President Joe Biden is on the edge of suffering his first electoral defeat since taking office. 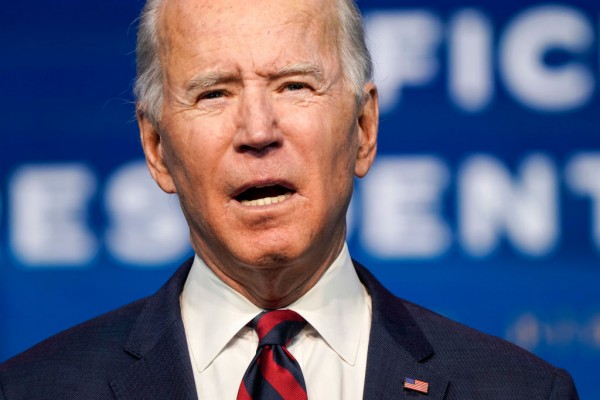 Presidents appoint people to serve in Cabinet positions under the American political system, and then the Senate decides whether to confirm them or not. It requires a clear vote by the majority, NZ Herald reported.

All Biden wants is unity from his side in the new Senate, divided 50/50, with Vice-President Kamala Harris capable of casting the tie-breaking vote if necessary. But the dilemma remains therein.

Neera Tanden, a longtime Democratic Party operative, has been nominated by Biden to serve as head of the Management and Budget Office. Tanden is now working as President of a left-leaning think tank, the Centre for American Progress. She also has a history of making partisan remarks about some senators whose votes she is now pursuing, primarily online.

Tanden told Sanders she felt "badly" about her previous comments and, if accepted to Biden's Cabinet, would take a "radically different" approach. From the moment Tanden was nominated, several senators made it clear that they would not be endorsing her.

Sen. Mitt Romney's spokesperson said that the Utah Republican would oppose the nomination of Tanden, noting his criticism of "extreme rhetoric from prior nominees." Arielle Mueller, Romney's spokesperson, said the Senator has been critical of extreme rhetoric from the prior nominees. He believes it is hard to return the respect and comity with a nominee who issued thousands of mean tweets.

Romney sits on both the Senate Budget and the Homeland Security and Government Affairs Committees, both of which are due to vote this week to advance the appointment of Tanden to the whole Senate floor.

Sen. Joe Manchin, D-W.V., said Friday he would oppose Tanden, implying that for her to win approval, at least one Republican would vote for Tanden. Biden said they had the votes to confirm her last week, although it is unclear which Republicans will support Tanden.

Asked Monday if Democrats had the votes to confirm Tanden, Sen. Dick Durbin, D-Ill., the second-ranking Senate Democrat, told reporters that he did not know. A source familiar with the nomination said they did not expect that the nomination would be pulled by Biden's team, as per USA Today on MSN. The insider added that no senator could be counted out and that it would be a surprise to come out in favor of Tanden.

Meanwhile, in his first month in office, President Joe Biden has seated almost half of his Cabinet with little opposition, but his health secretary pick has been the latest to get in the crosshairs of the GOP.

Since 2017, Xavier Becerra has been California's attorney general. According to Newsweek via MSN, he was once a Democratic member of the US House, and in that role, held high Democratic political posts.

Several Republicans have now signed a scathing letter opposing his nomination and calling on Biden to revoke the planned appointment immediately, claiming that Becerra "would sow more discord" in the government. It is the most serious pushback faced by Biden in his appointments.

Becerra will be the first Latino head of Health and Human Services if appointed. He was recently speculated to substitute Vice President Kamala Harris as a potential nominee from the Senate. But the Republicans who signed the letter, including the Arkansas Senator Tom Cotton and many other senators as well as GOP representatives, say that Becerra has "contempt for anyone who doesn't agree with his radical leftist agenda."

Read also: Stimulus Bill May Be Delayed Over Fury That Undocumented Immigrants Will Receive $1400 Checks