Is President Biden Set to Repeat the Obama Administration's Failures?

At all costs, Team Biden is set on reviving the Iran deal. The expenditures include finishing the Democrats' turn away from the Jewish establishment and completely alienating America's Sunni-Arab clients. Besides, Washington will repeat a failed trial expecting new outcomes as the nuclear agreement is revived. 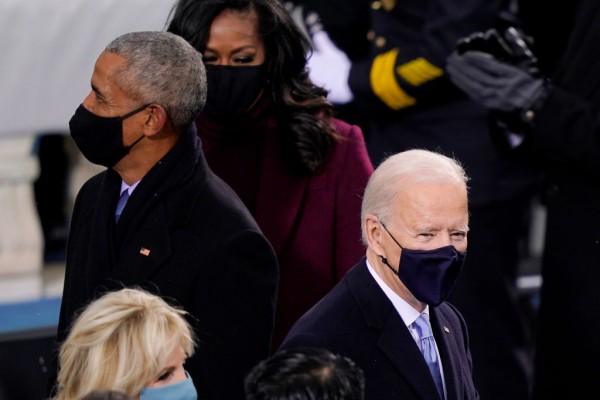 This time, America would lose the region to its traditional opponent, Russia, as per N.Y. Post. Iranian mischief will wax again, and without anyone losing any sleep on what the White House thinks of it, Washington's Arab and Israeli allies will move on. This is a deliberate political decision, leading to the fall in Western Asia of American influence.

The Obama-Biden Mideast template, the one favored by much of Washington's foreign policy, involves leaving America's allies and perversely empowering the Tehran regime by putting it on what Henry Kissinger called "a nuclear weapon glide path."

Former President Donald Trump dismissed the template when he knew bankruptcy and told Americans what the rest of the world already knows: Their experts are fools, their Mideast policies a catalog of failure.

Trump dropped the deal and chose containment, trashing the "land for peace" paradigm between Palestinians and Israel. Meanwhile, the Biden administration cannot return the U.S. Embassy to Tel Aviv or roll back the Abraham Accords.

The Biden team has already stated that it needs to reassess ties with Saudi Arabia and exclude Yemen's Houthis as a sop to Iran from the terrorist list. The Prime Minister of Israel had to wait for Biden to receive his message.

The Biden supporters may think they are putting the needy, gross allies of America in their place. But Team Biden is, in fact, merely accelerating the arrival of the post-American Middle East.

Biden may struggle to try to form an 'anti-China alliance'

As a political analyst told CNBC, U.S. President Joe Biden can find it challenging to gather Asian "swing states" into an alliance against China. James Crabtree, a professor at the Lee Kuan Yew School of Public Policy in Singapore, said that part of the problem stemmed from Biden's promise to restore the American middle class. It might adversely affect attempts to promote economic and trade policies that Asian countries will sign up to.

Crabtree told CNBC's "Street Signs Asia" on Friday that the U.S. tried to use both its security and economic power to entice allies to its side. Therefore, it set up the original TPP trade agreement.

TPP applies to the Trans-Pacific Partnership, a trade agreement signed by former President Barack Obama and 11 other nations, except China in the Asia-Pacific region.

In its original form, the deal would have been the biggest trade agreement globally, affecting about 40 percent of the global economy. It would have reinforced the United States' strategic role in the Asia-Pacific region and counterbalanced China's rising political and economic power in the region.

But in the U.S., the deal was strongly opposed and never accepted by Congress. Detractors, including former President Donald Trump, said that the TPP would speed up the downturn in U.S. productivity and impact American employees.

Qatar's blockade has been lifted, the weapons shipments that have been a significant factor in reinforcing Yemen's war have been suspended. Tensions continue to rise between various Middle Eastern countries.

These are the same situations faced by former President Obama, as per Newsweek. They eventually were the tensions that rocked the second half of his presidency and the time in Donald Trump's office.

Just when President Biden began his term calling for a quick end to the war in Yemen, Obama joined the fray in 2015 because "they thought Washington could act as a moderating influence. The support that Obama authorized came with limits, conditions, and safety features."