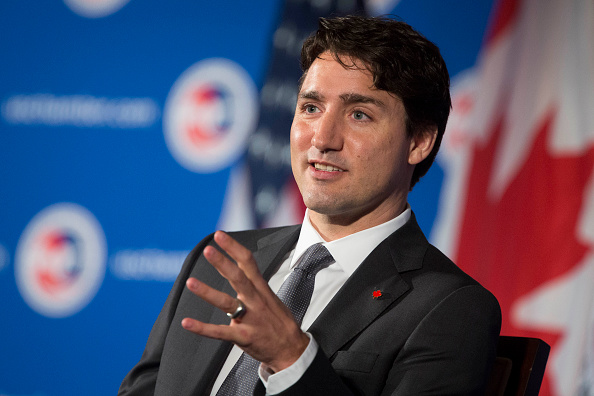 The European Union warned Tuesday that it might impose controls on European-made COVID-19 vaccines. Like Cana, Europe is being shorted on Pfizer deliveries this month as the drugmaker slows production in expanding its plant in Belgium.

According to Global News, all of Canada's COVID-19 vaccine doses from Modern and Pfizer-BioNTech were manufactured in Europe and could pinch vaccine deliveries even further. But Prime Minister Trudeau is still confident that there will be no effect saying he spoke to both drugmakers recently to assure him delivery totals and timelines will be followed regardless of Europe mulling export controls.

At a news conference in Ottawa, Trudeau told reporters that he spoke to Moderna's CEO regarding the recent deliberation of Europe. Canadian contract that was signed and the delivery schedule laid out will be followed, he claimed.

The Prime Minister added, "political concerns" linked to COVID-19 vaccines rose specifically around the AstraZeneca manufacturing candidate. The EU accused AstraZeneca of failing to ensure the delivery of COVID-19 vaccines without valid explanations. Besides, it expressed displeasure over vaccine delivery delays from Pfizer, as per Global News.

Read also: Four Men Caught in Human Trafficking of Vietnamese in the UK, Charged for Manslaughter

Canada aims to get enough COVId-19 vaccines for all Canadians who want to be vaccinated by September. The target doses depend on the approval of other vaccines. Simultaneously, Moderna and Pfizer's planned delivery shots will make a crucial portion of the total required to meet the goal, including vaccines made by Johnson & Johnson and AstraZeneca.

AstraZeneca's COVID-19 vaccines were mainly produced in the U.K. Europe's initial doses. However, it is expected to come from Belgium and Germany, where there is a current delay. Although Health Canada has not yet approved, Trudeau said the country is currently doing plans to source its 20 million AstraZeneca COVId-19 vaccines from the European manufacturers.

As Pfizer temporarily slowed vaccine production due to Belgium plant expansion, Europe also gets smaller vaccine doses shipments. AstraZeneca warned the region that vaccine shipments would be smaller than expected due to production issues.

However, Europe, which invested over CA $4 billion in COVId-19 vaccine development, demands the companies to fulfill their contracts on time, The Globe and Mail reported. Europe is determined to contribute to the global common good, but it means business, von der Leyen said.

International Trade Minister Mary Ng has spoken to her European counterpart, Valdis Dombrovskis, regarding the situation and keeps working with Europe to maintain the supply chain.

European Union will not block COVID-19 vaccine exports to Canada

According to the Montreal Gazette via MSN, the Trudeau government is urged to follow Europe's health minister, who accused a vaccine company of not living its moral and legal obligations due to delivery delays. There will be a shortfall in the 100 million COVID-19 vaccine doses the European Union expects this winter, the company said.

Trudeau said earlier today that the European Commission President Ursula von der Leyen assured him that requirements on COVID-19 vaccine exports wouldn't hit Canada's COVID-19 vaccine shipments from Moderna or Pfizer-BioNTech. Von der Leyen reiterated they were enacting an export transparency mechanism to ensure that European countries were aware of how many doses of COVID-19 vaccine made in Europe were being exported.