The US economy started with new fiscal support after several months of failed negotiations. However, one measure of the labor market suggests that a larger stimulus plan is potentially harmful to future growth, as per chief investment strategist at The Leuthold Group, James Paulsen. 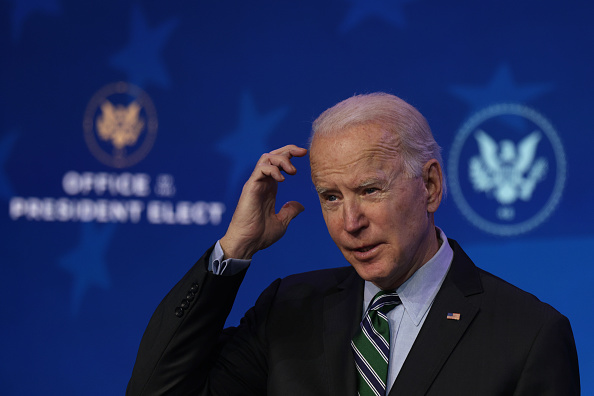 The country started distributing the $900 billion stimulus package signed by President Donald Trump on December 28, 2020. On Thursday, President-elect Joe Biden rolled out a $1.9 trillion relief proposal aiming to boost the economy further through 2021. But Democrats' soft majority in the Senate raises the odds of the stimulus plan becoming law.

According to Business Insider via MSN, the COVID-19 relief aid meets investors' and economists' calls for traditional fiscal support. Many pointed to the still-elevated unemployment rate as one to be made. As the country's policy response to the recession remains strong, the rapid recovery pace also comes.

Paulsen said calls for additional stimulus come from a good place. Interest rates remain near zero, bond yields remain historically low, and money supply growth outpaces the seen in past downturns. The country's initial bounce-back has something to do with the CARES Act's "invaluable" role.

Spending on an additional stimulus plan is unnecessary if it is based on history and poses "the most significant harm" to growth in the future, the strategist added. The excessive accommodation could spike inflation and prompt the Fed and government to tighten conditions.

Paulsen claims that low-income Americans and minorities would bear the shock of prematurely halted recovery. "It would be sadly ironic if the aggressive actions of abuse and overuse of policies implemented today - aimed primarily to benefit the most vulnerable groups - were eventually to hurt these same groups the most," Paulsen added.

On Thursday, Republicans attacked Biden's stimulus plan after he revealed that it would increase the federal minimum wage and provide the third round of stimulus payments. GOP lawmakers from different parties made complaints regarding the plan, Newsweek via MSN reported. They have been concerned with the impact of a higher minimum wage that could affect small businesses, as well as the size of the proposed bailout fund.

The criticisms could set a potential battle in passing the stimulus measure through Congress and in the Senate, which the Democrats control with a narrow tie-breaker vote majority due to victories in the Georgia Senate runoff elections.

Rubio said that President-elect Biden worked as a Senator for more than 35 years. Therefore, he knows the plan he made can't pass "quickly and will delay the 2k for hard hit Americans."

Read also: Americans Who Choose To Use Their Stimulus Money To Help Those in Need