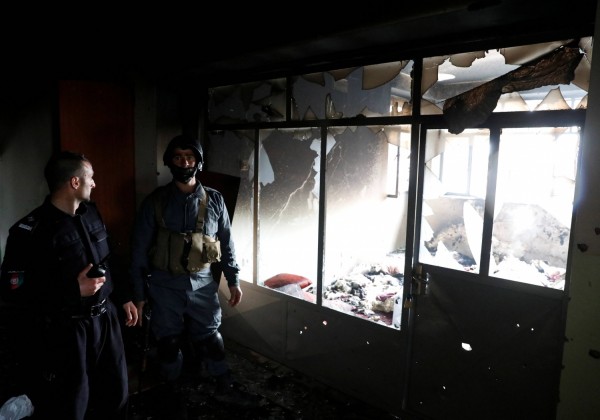 Twenty-five lives were taken by gunmen and suicide bombers after raiding a Sikh religious complex in the Afghan capital of Kabul before security forces wiped them out, Wednesday.

Responsible for the attack, the Islamic State militant group released a statement that it was a revenge for India's treatment of Muslims in its portion of Kashmir, threatening further attacks.

With less than 300 families in Afghanistan, Sikhs' have been targeted by Islamist militants in South Asia.

Not disclosing the number of attackers, Interior Ministry spokesman Tariq Arian stated that the operation by the security forces was over and all of the attackers were killed, hours after the morning attack.

Despite the loss of 25 lives and eight wounded persons, the ministry shared that 80 were rescued in the religious compound.

Sikh community representative and member of the parliament, Narender Singh Khalsa received reports that there are up to 200 people trapped in the complex during the attack as three suicide bombers entered a Dharamsala, the sanctuary area in a temple and gunmen started their attack when the sanctuary was full of worshippers.

According to Sikh community members, the day began normally for more than 100 living in the complex and some joining from outside at around 6 a.m., the start of the worship, but after an hour, prayers were interrupted as the attackers killed the guard and began shooting in the shrine forcing residents to fled elsewhere in the compound while waiting for rescue from the security forces.

Gurnam Singh, one of the witnesses shared that the children are in bad mental states, as they are still crying and shouting after the incident.

In tears, Harinder Singh narrated the incident after the loss of several family members in the incident, stating that the attackers initially fired the women and his nephew shouted that he needs to go downstairs but afterward he was shot in the head, he also recalled that his daughter was wounded and pleading and calling him 'Dad' before she died.

After years of civil war and the rise of the Taliban, the 500,000 Sikhs across Afghanistan in the 1980s diminished.

On Twitter, one of the Taliban's spokesmen denied the responsibility for the attack. 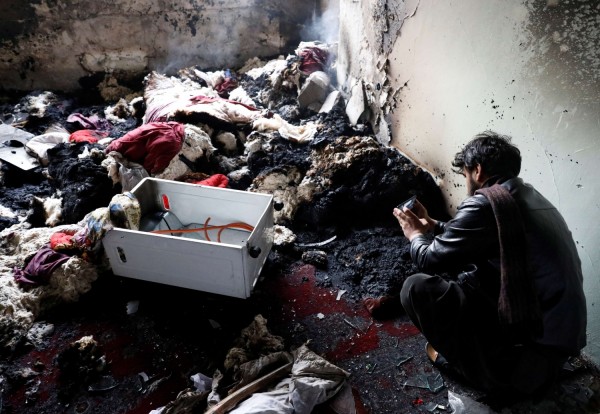 (Photo : REUTERS/Mohammad Ismail)
An Afghan journalist films burnt items inside of a Sikh religious complex after an attack in Kabul, Afghanistan March 25, 2020.

Condemning the attack along with rights activists, Afghan officials, India and Pakistan, the United States Secretary Mike Pompeo urged Afghans to come together to negotiate a political settlement.

Killing more than a dozen people in 2018, an Islamic-claimed suicide bombing in Jalalabad, an Eastern Afghan city targeted the Sikh community.

Directing deputy ministers, President Ashraf Ghani wants to save $1 billion in security and defense while maintaining the quality of his forces.

The response to the attack was led by Afghan forces with some advice and assistance from NATO as shared by an official with Afghanistan's NATO mission.

The incident is the second big attack against a minority group claimed by the Islamic State this month, with more than 30 people killed and shot dead in a gathering of the Hazara community on March 6 topped the biggest attack this month.