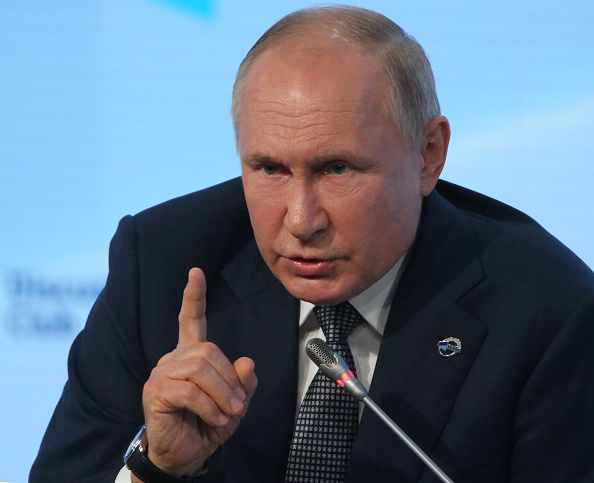 Gazprom To Start Putting gas in Austria and Germany

In a recently published article in Newsweek, prices plummeted when Putin instructed Alexei Miller, the leader of the state-controlled gas firm Gazprom, to begin pumping gas into the company's storage facilities in Germany and Austria once the domestic facilities were filled by November 8.

Vladimir Putin said that this would allow them to meet their contractual obligations in a dependable, steady, and consistent way, as well as send gas to their European partners throughout the fall and winter. He also added that this would result in a more advantageous scenario, at the very least, in the European energy market as a whole.

Following a sharp spike in Europe's gas prices in recent weeks, the price decrease comes as a welcome relief. Due to reduced European Union stockpiles and the economic recovery from the COVID-19 pandemic, demand in Asia has been robust, according to a published report in Euro News.

The 27-Member State of EU Depends on Russia

The EU's 27 member states presently rely on Russia for more than 40 percent of its gas imports. While Gazprom has satisfied its long-term commitments, it has chosen to fill internal storage rather than sell extra gas on the EU spot market.

Some European lawmakers have claimed that Russia is withholding gas to put pressure on German and EU officials to approve the Nord Stream 2 project sooner rather than later, according to a recently published article in Financial Post.

On Thursday, Josep Borrell, the European Union's foreign policy leader, accused Russia of applying political pressure on Moldova. He said that if prices rise over the globe, not only in Europe, it is not due to the weaponization of gas supply in general. However, it is in the case of Moldova.

What is Nord Stream 2?

Last week, Putin said that one of the two connections of the new pipeline beneath the Baltic Sea had already been loaded with gas in preparation for its debut and that shipments might begin "the day after" once regulators approve it.

With a capacity of 55 billion cubic meters of gas per year, Nord Stream 2 is planned to send gas straight to Germany, avoiding Poland and Ukraine, who, like the US, have been vocal opponents of the project.

Furthermore, Ukrainian officials are concerned that the pipeline would cost the country $2 billion in yearly gas transit costs and degrade its international reputation in the wake of Russia's annexation of Ukraine's the Crimean Peninsula in 2014 and assistance for separatist terrorists in eastern Ukraine.

Needless to say, while Gazprom has satisfied its long-term commitments, it has chosen to fill internal storage rather than sell extra gas on the EU spot market. Some European lawmakers have claimed that Russia is withholding gas to put pressure on German and EU officials to approve the Nord Stream 2 project, which was just finished, according to a report published in U.S. News.