The current supply chain crisis might jeopardize President Joe Biden's goal to vaccinate the whole country after a major distribution executive urged him to postpone the government regulations due to persistent supply chain concerns. 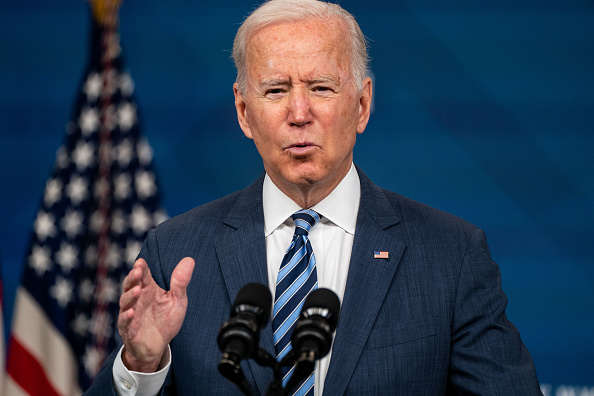 In a recently published article in MSN News, during an interview with CNN's Michael Smerconish on Saturday, Eric Hoplin, president and CEO of the National Association of Wholesaler-Distributors, made the plea, following a previous warning from business groups to the White House to postpone the mandates or risk muddying an already messy supply chain issue.

Hoplin, whose organization represents 35,000 enterprises across 50 states, said that the nation already has a significant lack of people working in the supply chain after thousands of employees refused to be vaccinated. The vaccine mandate order will compound the problem.

Hoplin explained that mandate would considerably worsen the current severe supply chain concerns if the national vaccination requirement went into place since the workforce risks losing non-vaccinated individuals who refuse to take the vaccine, according to a published article in Daily Mail.

There are presently 100 cargo ships and around 200,000 shipping containers stranded off the coast of Los Angeles, causing delays in everything from factory components to footwear and toys delivery. A paucity of trucks and drivers to pick up cargo, along with excessive demand for imported consumer items, has caused a backlog at America's biggest port complex this week.

Meanwhile, while trying to recruit 80,000 new drivers required to alleviate the nation's supply problem, haulage businesses are now offering six-figure wages and $15,000 sign-on incentives to continue the operation, according to a published article in The New York Times.

On the other hand, when Biden was asked whether he would send in the guard to help with supply chain concerns that are causing goods shortages and high inflation, the president has previously said yes. Additionally, Biden is also considering allowing the guards to drive the trucks to address the issue.

According to recent popularity ratings, Biden has disappointed Americans more than any other president before WWII at this stage in his tenure, according to a new Gallup poll issued Friday. The most recent data comes from a survey conducted from October 1 to 19. It compares Biden's average approval rating throughout the first three-quarters of his presidency to that of every president since Dwight Eisenhower.

Biden's approval rating plummeted by 11.3 percent from 56 percent in the first quarter to 44.7 percent after the three months from late July to October. While supporting distribution employees' right to choose whether or not to get vaccinated, Hoplin made it plain that the business is "100% pro-vaccine," emphasizing the fact that it is in charge of delivering the vaccine and other life-saving medical supplies and equipment throughout the country, according to a published report in POLITICO.