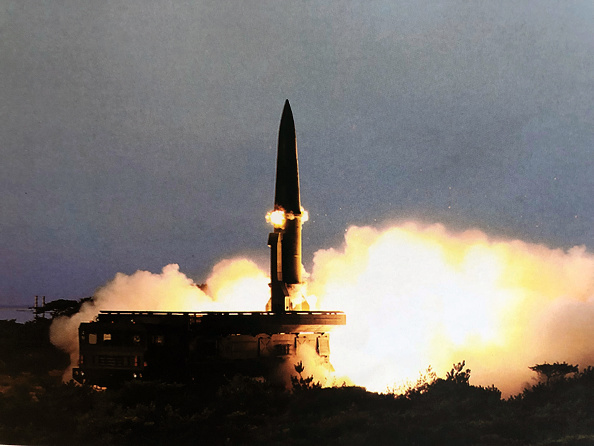 In a recently published article in MSN News, Ireland, France, and Estonia, three members of the European Union on the UN Security Council, said Monday's reported test of a submarine-launched ballistic missile "fits into a pattern of provocations by the DPRK" in recent weeks, which included launches of short-range ballistic missiles, long-range cruise missiles, and "what it has claimed to be a hypersonic glider."

According to them, the latest submarine missile launch demonstrates the Democratic People's Republic of Korea's continuing advancement of its nuclear and ballistic programs, which have expressed a desire to eventually obtain sea-based nuclear capabilities.

The EU council members urged North Korea to immediately cease its destabilizing activities and take tangible measures to "completely, verifiably, and irreversibly relinquish" its ballistic missiles and other weapons of mass destruction, including its nuclear program, according to a published article in News10.

The UN Security Council has placed more harsh sanctions on North Korea, limiting its imports and exports while demanding a halt to its nuclear and ballistic missile programs. North Korea, on the other hand, has repeatedly disobeyed UN Security Council resolutions and continues to test more advanced missiles, raising tensions on the Korean peninsula and across the region.

The Biden administration, according to Thomas-Greenfield, is dedicated to working with the international community to decrease tensions and preserve peace on the Korean peninsula. She also said that the United States' commitment to the protection of South Korea and Japan is "ironclad." She also chastised the UN Security Council committee overseeing North Korean sanctions, saying it "is not doing its job," per Midland Daily News reports.

She also said that the penalties must be implemented more aggressively, which we have not done. They must concentrate their efforts particularly on individuals who violate the sanctions and others who engage in actions that violate the restrictions.

US Ambassador Urges North Korea To Stop Its 'Reckless Provocation'

North Korea's "reckless provocations" are in violation of Security Council sanctions resolutions, according to U.S. Ambassador Linda Thomas-Greenfield. She said that it should begin discussions with the Biden administration without restrictions in order to achieve full denuclearization of the Korean peninsula.

She encouraged all nations to properly enforce UN sanctions in order to prevent the DPRK from gaining access to the money, technology, and know-how it needs to continue developing illegal weapons of mass destruction and ballistic missile programs.

Before the emergency closed meeting of the council on North Korea's latest missile tests, Thomas-Greenfield told reporters that the US has offered to meet with officials from the Democratic People's Republic of Korea and that they have made it clear that they have no hostile intentions toward the DPRK.

Furthermore, although the US envoy did not identify any nations, a panel of experts overseeing sanctions implementation has highlighted suspected breaches by North Korea's neighbors China and Russia.