Former President Donald Trump is creating his own social media app after being silenced by several big sites such as Facebook and Twitter. 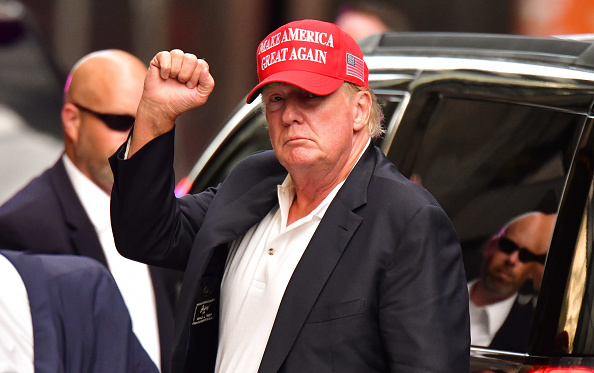 In a recently published article in MSN News, according to a press statement, Trump Media and Technology Group and Digital World Acquisition Group, which is currently listed on the Nasdaq, have merged to create a new business that will be headed by the former President.

The organization would create a counterweight to the leftist media consortium, according to Trump. Its first move will be to establish TRUTH Social, a new social media site. According to the press release, a beta version will be accessible to invited visitors in November.

Former President Donald Trump said, "We live in a world where the Taliban has a huge presence on Twitter, yet your favorite American President has been silenced," according to a recently published article in Market Watch. Additionally, the new social media app, which can be pre-ordered on Apple's App Store, will be accessible to the general public in the first quarter of 2022.

The company was formed using a special purpose acquisition company, or SPAC, according to the release, which is a popular vehicle for various transactions, including transitioning a company from a private company to a publicly traded company, according to the Securities and Exchange Commission's website. These businesses are known as "blank check firms."

The information on who is behind the SPAC that is launching Trump's new platform is still unknown. After the social media giants banned Trump's accounts after the Jan. 6 Capitol riot, the former president and his advisors have indicated that he was contemplating establishing a competing platform againts Facebook and Twitter,  Yahoo News reported.

Trump, who has used Twitter to bash his opponents and often break his own news during his administration, has been sending comments nearly as frequently as he previously tweeted. Trump's statement came months after his longtime adviser Jason Miller founded GETTR, a social media platform.

However, in response, the former president shot off speculations that he would join Miller's site soon after it debuted, saying, "I am not a member of any social media network, including Parler, GETTR, Gab, and others. It will be revealed when I settle on a platform, or when I create or finish my own. Thank you very much!" according to a published report in Business Insider.

Trump To Remain Banned on Facebook for Two Years

Following the insurgency on the US Capitol on January 6, Facebook banned Trump's accounts. Facebook's move was the company's most vehement retaliation to Trump during his four-year presidency. A few weeks later, Facebook submitted the suspension to its oversight board, stating that they believe it is essential for the board to examine it and make an independent judgment on whether it should be maintained" because of the suspension's importance.

The company said that the two-year suspension was the right duration to allow for a safe period of time after the Jan. 6 insurgency's actions, and it was a severe enough punishment to discourage Trump and others from repeating the breaches in the future.