Kenyan gold medalist runner Agnes Tirop was discovered stabbed to death in her house; police identified her husband as the primary suspect. 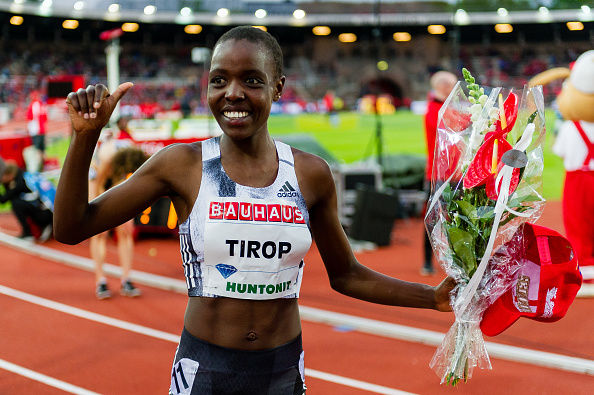 Agnes Tirop Found Stabbed to Death in Her Home

After her father reported her missing on Tuesday night, the 25-year-old long-distance runner was discovered stabbed to death at her house in Iten, a town in the Republic of Kenya. She was discovered with knife wounds in her belly, according to Kenyan media, as per People.

Tom Makori, the head of the local police department, said that when the cops entered the home, they saw Tirop on the bed and a puddle of blood on the floor. They saw she had been stabbed in the neck, leading them to think it was a knife wound, and they believe this is what killed her.

Police Names Husband as the Suspect

Her death is now the subject of a criminal investigation, with police reporting that her husband has gone missing. Tirop's death was originally reported by Athletics Kenya, who claimed she was murdered by her husband.

Makori said, "Her husband is still at large, and preliminary investigations tell us her husband is a suspect because he cannot be found. Police are trying to find her husband so he can explain what happened to Tirop," according to a report in BBC News.

Tirop recently broke the women's 10,000-meter road record in Germany, and she has also won bronze medals at the 2017 and 2019 world championships. Tirop finished fourth in the women's 5,000-meter event in the Tokyo Olympics this summer.

Additionally, Tirop won the gold medal at the IAAF World Cross Country Championships in 2015 at the age of 19, making her the second-youngest winner ever.

In a statement, Kenya's President Uhuru Kenyatta offered his sympathies, stating that the loss of a young and talented athlete who, at the age of 25, had given Kenya so much honor is disturbing, totally terrible, and extremely sad.

Meanwhile, on Wednesday, the International Olympic Committee's official Twitter account tweeted a statement paying homage to the late athlete. IOC President Thomas Bach expressed his condolences to her friends and family in a tweet.

Kenya's Deputy President, William Samoei Ruto, also sent a message regarding Tirop. On Twitter, he expressed his sadness at the death of Agnes Tirop, a talented and indefatigable long-distance athlete who kept Kenya's flag flying across the globe. She was dedicated, focused, and tenacious.

Related Article: National Women's Soccer League Not To Play Any Games This Weekend Due to Alleged Sexual Harassment and Misconduct Allegations