A federal magistrate court recommended that Cristiano Ronaldo's case be dismissed on Wednesday, citing the counsel representing the lady who sued him. 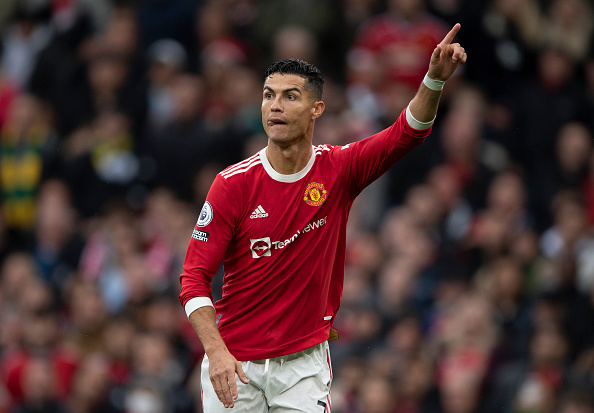 (Photo : Visionhaus/Getty Images)
A federal judge orders for the dismissal of the lawsuit filed against Cristiano Ronaldo.

Order for the Dismissal of Lawsuit Case Filed Against Cristiano Ronaldo

In a recently published article in Newsweek, After claiming that Ronaldo raped her in Las Vegas in 2010, Kathryn Mayorga got $375,000 in hush money from him. She was hoping to get more money in the present civil damages action.

Mayorga's case should be dismissed, according to Magistrate Judge Daniel Albregts' 23-page referral to U.S. District Judge Jennifer Dorsey, because her attorney, Leslie Mark Stovall, improperly utilized leaked and stolen information as a foundation for the complaint. The papers were out to be the private correspondence between the soccer star and his attorneys.

Albregts wrote, "Dismissing Mayorga's case for the inappropriate conduct of her attorney is a harsh result. But it is, unfortunately, the only appropriate sanction to ensure the integrity of the judicial process," according to a published report in Associated Press.

Ronaldo, 36, is one of the most well-known and well-paid athletes in the world. He has led Portugal's national soccer team and now plays for Manchester United in the English Premier League. He played many years in Italy with Juventus, a Turin-based team.

Mayorga, 37, is a model and former teacher from the Las Vegas region. Ronaldo or his accomplices breached the confidentiality agreement by enabling its stories to emerge in European media in 2017. She said in her case, which was initially filed in state court and then transferred to federal court. She wants Ronaldo to pay her at least $200,000 extra.

According to the complaint, in a published article in The Hill, she met Ronaldo at a nightclub in June 2009 and proceeded to his hotel suite with him and other individuals, where she claims he attacked her in a bedroom. She was 25 years old at the time. He was 24 years old at the time. Ronaldo's lawyers have admitted that the soccer star and Mayorga had sexual relations but said it was consensual rather than rape.

The Investigation was Dropped, but Charges were Filed Against Cristiano Ronaldo

Mayorga reported the assault to Las Vegas police, but the investigation was discontinued because Mayorga did not identify her claimed assailant or say where the event occurred, according to Steve Wolfson, the elected prosecutor in Las Vegas, in 2019.

Because too much time had elapsed and evidence failed to demonstrate that Mayorga's allegation could be proved beyond a reasonable doubt at trial, Wolfson opted not to pursue criminal charges based on a fresh investigation by Las Vegas police in 2018.

Furthermore, Albregts suggested Dorsey also dismisses Stovall's argument that Mayorga had the mental capacity to sign the 2010 confidentiality agreement because she had learning difficulties as a kid and was coerced by Ronaldo's agents.