The National Women's Soccer League has decided not to play any games this weekend, with the consent of the NWSL players' union. 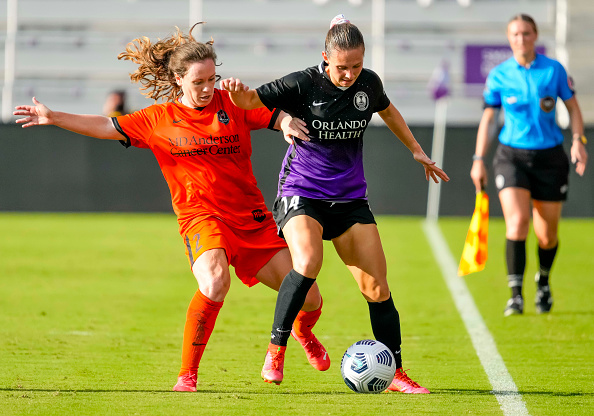 (Photo : Andrew Bershaw/Icon Sportswire via Getty Images)
NWSL players decided not to play this weekend due to alleged sexual harassment.

NWSL Decides Not To Play Due to Alleged Sexual Harassment

In a recently published article in Newsweek, the NWSL did not say if the games were completely canceled or simply postponed on Friday, but the decision comes as the league continues to investigate accusations of sexual harassment and misbehavior against North Carolina Courage coach Paul Riley.

Riley was dismissed by the club after a story in The Athletic outlining the alleged misbehavior, which included allegations of sexual coercion by two former players. Riley's coaching license was suspended after The Athletic published a story in which former NWSL players Sinead Farrelly and Mana Shim described their experiences with Riley.

Commissioner Lisa Baird, who came to the NWSL in early 2020, said, "This week, and much of this season, has been incredibly traumatic for our players and staff, and I take full responsibility for the role I have played. I am so sorry for the pain so many are feeling," according to a published article in USA Today.

In a published article in Orlando Sentinel, Farrelly's claimed harassment allegedly began in 2011, when she was a member of the now-defunct Women's Professional Soccer league's Philadelphia Independence. However, Riley denied the allegation.

When Farrelly was with the Portland Thorns, she informed the website that the harassment persisted. Shim, a former Thorns player, is also said to have been harassed. The Thorns stated on Thursday that they examined Riley's allegations and sent them to the league when he was fired.

Riley's accusations have been sent to an independent inquiry by the NWSL Players' Association. The union also requested that any league or club staff member who violated the league's anti-harassment policy or failed to report misbehavior, regardless of when it happened, be suspended.

Riley was recruited by another team after accusations of misbehavior emerged when he was with the Thorns, according to the union. The league and the union are presently discussing their first contract, according to a published report in Our Community Now.

Other Coaches Fired Due to Verbal and Emotional Abuse

Alyse LaHue, the general manager of Gotham FC, was dismissed in July after an inquiry of the league's anti-harassment policy. She has categorically denied any misconduct. Christy Holly, the head coach of Racing Louisville, was dismissed in September, although the grounds for his firing were not made public.