The Taliban blames the US for the Islamic State terrorist group's (ISIS) increasing threats in Afghanistan, where a violent competition has disturbed the newly proclaimed Islamic Emirate's early days. 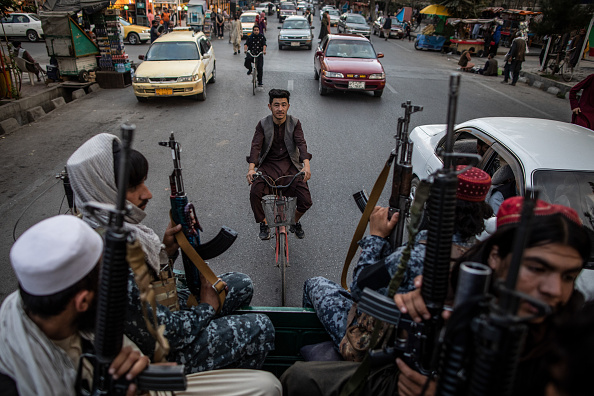 (Photo : Oliver Weiken/picture alliance via Getty Images)
Taliban blames US for the increasing threats of ISIS-K in Afghanistan.

Taliban Blames U.S. for the Increasing Threats of ISIS-K

In a recently published article in Newsweek, Ahmad Yasir, protocol officer of the Taliban's political office in Qatar, is one of the senior Taliban officials who believe that outside powers are to blame for ISIS' presence in Afghanistan, where the jihadists claimed responsibility for an attack on a Shiite Muslim mosque last week that killed dozens of people and injured hundreds more.

"Yes, there is no question that the evil hand is behind the ISIS assault," Yasir said when asked by a news source whether the ISIS danger had risen since the departure of US troops at the end of August and if the Taliban particularly blamed the US for this heightened threat.

Qari Saeed Khosty, the Taliban's social media coordinator, also blamed the US for the ISIS presence. He rejected the idea that the Afghan government's new leadership would need to collaborate with the US to combat a shared adversary, according to a published article in CBS News.

Foreign ministers from a number of Muslim-majority nations are organizing a trip to Kabul, in part to persuade the Taliban that denying women and girls access to education is a violation of Islam. The idea has the backing of western diplomats, who understand that appeals to universal principles from them would be met with less resistance by the Taliban than if the plea came from leaders of most Islamic nations.

Since taking control in mid-August, the Taliban have prohibited females from attending secondary school, citing a variety of reasons and implying that the restriction is just temporary. The Turkish foreign minister, Mevlüt avuşolu, and his Indonesian colleague, Retno Marsudi, perhaps the world's most senior Muslim female diplomat, are the two foreign ministers most likely to visit Kabul, according to a published article in The Guardian.

Recep Tayyip Erdoan, the Turkish president, suggested the formation of a G20 permanent working group to handle the humanitarian situation and guide the Taliban toward a more inclusive style of governance at the G20 special meeting on Afghanistan on Tuesday. Turkey has been trying to get a foothold in Afghanistan for months, but its plan to manage Kabul International Airport was shelved owing to a lack of Taliban security assurances.

Conflict Among Taliban, Al-Qaeda, and ISIS-K

The Taliban has its origins in Afghanistan, where the organization arose from a mujahideen insurgency against a Soviet invasion that lasted from 1979 to 1988. The war also spawned Al-Qaeda, which would take root in Afghanistan as the Taliban seized control of most of the nation until 2001 when the 9/11 attacks spurred a US-led military effort to destabilize the Taliban-led government.

In a published article in The New York Times, the Islamic Emirate would resurface as an insurgency for the following 20 years, until it was restored in August when US troops left. However, when the US invaded Iraq again, overthrowing longstanding leader Saddam Hussein and igniting a sectarian conflict in which both Sunni and Shiite Muslim groups took up weapons, Al-Qaeda expanded abroad.

Related Article: US Does Not Recognize Taliban Interim Government Yet, All Men Cabinet Includes US-Designated Terrorist