North Korea's nuclear-armed leader, Kim Jong Un, has blamed tensions on the peninsula on the United States, according to state media. 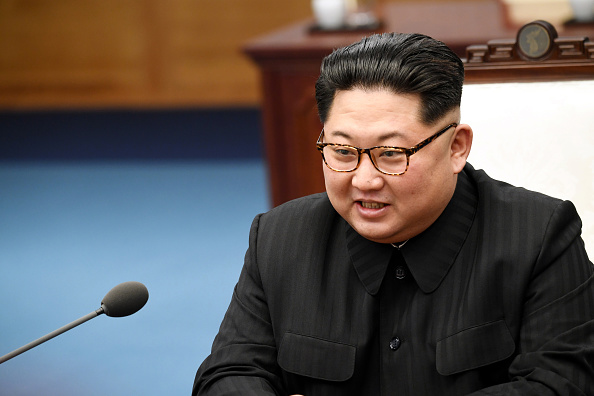 Pyongyang Under Multiple International Sanctions, Blaming U.S. as the 'Root Cause'

In a recently published article in MSN News, in Kim's opening address at a defense show, he said that the United States is the "root cause" of instability. Pyongyang is subject to a slew of international sanctions for its prohibited nuclear and ballistic missile programs, both of which have advanced rapidly under Kim.

Pyongyang claims it needs its weapons to defend itself from a US invasion; in 2017, it tested missiles capable of reaching the whole continental US and carried off by far its most powerful nuclear explosion.

Meanwhile, the Biden administration has declared many times that it has no aggressive intentions toward North Korea; but Kim claimed during the "Self-Defense as per The Australian.

During a speech commemorating the Workers' Party's 76th anniversary in Pyongyang on Sunday, North Korean leader Kim Jong Un called for more efforts to fight the "exceptional challenges" of severe food and living conditions in the country.

Kim announced intentions to launch a five-year plan to help the country's economy recover while also addressing people's food, clothes, and housing issues. Kim called the country's present condition a "dark scenario" and acknowledged that previous economic initiatives had failed, according to a report published in Newsweek.

Kim said that his party is committed to achieving the economic objectives outlined in the recently released five-year growth plans and overcoming the present "extraordinary challenges." However, while reporting on Kim's address, official media made no explicit references to Washington or Seoul.

Nuclear talks between Washington and Pyongyang have been deadlocked for more than two years due to differences on how to exchange the lifting of punishing US-led sanctions on North Korea in exchange for the North's disarmament efforts.

In a published article in Deccan Herald, in recent weeks, the nation has increased its missile tests while offering conditional peace overtures to Seoul, resuming a pattern of pushing South Korea to obtain what it wants from the United States.

Analysts believe Kim is about to face his most difficult test in almost a decade in power. After failing to secure much-needed sanctions relief during his meetings with then-President Donald Trump in 2018 and 2019, the coronavirus pandemic forced North Korea to close its borders, causing further economic shock after decades of mismanagement and sanctions over Kim's nuclear weapons program.

In recent weeks, North Korea has reopened communication links with South Korea and said that if Seoul abandons its "double-dealing mentality" and "hostile perspective" it may take additional measures to repair bilateral ties, according to a report published in Daily Tribune.

Furthermore, analysts believe North Korea is exploiting the South's desire for inter-Korean interaction to create a wedge between Washington and Seoul and push the South to obtain concessions on its behalf from the Biden administration.