After the Department of Homeland Security (DHS) revealed Friday that it was canceling a slew of Trump-era border wall contracts in Texas, Republicans in Congress reacted angrily. 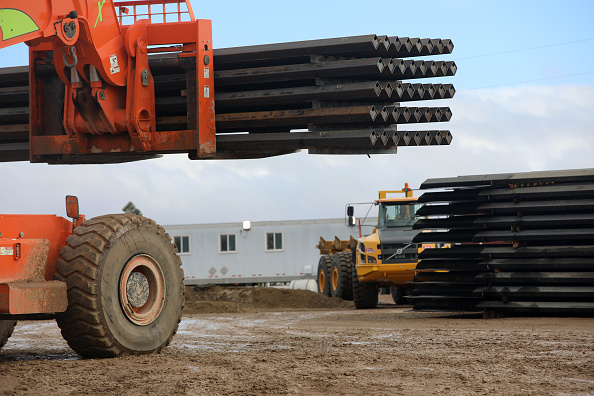 In a recently published article in Newsweek, the Department of Homeland Security (DHS) announced that it was canceling remaining border contracts in the Laredo and the Rio Grande Sectors of the United States Border Patrol (USBP).

According to the Department of Homeland Security, instead of building a border wall in Texas, the government will begin coordinating operations that will involve new biological, cultural, and natural resource assessments for project areas where no data has been gathered before.

Meanwhile, the Biden Administration also repeated its demand for Congress to cancel any outstanding border wall contracts and instead finance more competent border security measures like border technology and land port modernization, which are more successful at enhancing border safety and security, according to a published article in Yahoo News.

Rep. Dan Crenshaw (R-Texas) was one of the high-profile GOP lawmakers who responded angrily, asking for DHS Secretary Alejandro Mayorkas to be impeached. During a border crisis, he tweeted that DHS Secretary Mayorkas was canceling border wall contracts, and he emphasized the need to "impeach Mayorka."

Crenshaw called the decision a "dereliction of duty" in a second tweet, citing high numbers of migrants crossing the US-Mexico border. "The RGV [Rio Grande Valley] is usually the most affected, routinely dealing with more than 10,000 interactions each week," he said on Twitter, according to a published report in Digichat.

Furthermore, Since President Joe Biden took office in January, Republicans in Congress have protested to the Department of Homeland Security's activities along the country's southern border, calling for a review of border-related projects.

Title 42 and Migrants in the Borders

As hundreds of Haitian migrants have lately arrived at the southern border, the issue of border security has become a heated subject. After being driven out of Haiti by a slew of political instability, natural disasters, and the murder of the country's president, the majority decided to seek shelter in the United States.

Critics of President Biden's border policy, in particular, have objected to the continuing use of Title 42 expulsions. Title 42, an executive order issued by US President Donald Trump in response to COVID-19, enables US Customs and Border Protection (CBP) to deport border crossers without allowing them to present their case in immigration court.

The continued use of Title 42 deletions has sparked debate, with opponents of the order calling it unethical. Even as late as September, the Biden Administration defended its use in court, according to a recently published article in Daily Advent.

Meanwhile, the Department of Homeland Security's decision comes amid a surge in migrant arrests at the border. Last month, a caravan of over 30,000 Haitian migrants stormed the border in Del Rio, Texas, overwhelming border officials. Despite Biden's administration's promises that they would not let mass migrants into the United States, Mayorkas acknowledged that over 12,000 of those illegal immigrants were released into the interior to have their asylum applications evaluated at a later date.