Trump claims the President turned the border into a 'national disaster' 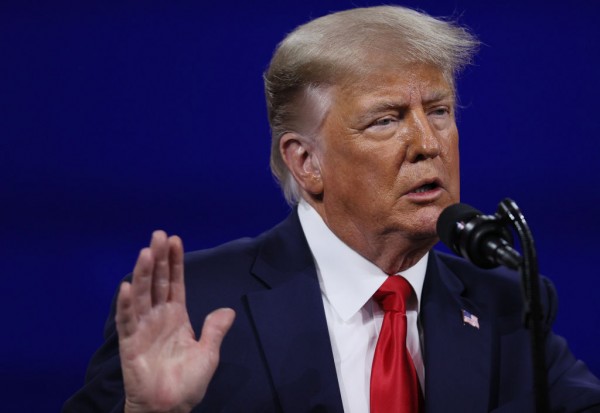 Trump said, "Within few weeks, the Biden Administration turned a national victory into a national disaster." Since Trump left office, thousands of migrants have moved to the US-Mexico border, prompting the Biden administration to host unaccompanied children in migrant facilities, as per NY Post. Biden, who Republicans have mocked for reversing some of Trump's border measures, said on Sunday that he expects to visit the border "at some point."

After returning to the White House from Camp David, Biden told reporters that his administration is trying to ensure that future immigrants seeking asylum in the United States do so in their home countries. Homeland Security Secretary Alejandro Mayorkas speaking on Fox, NBC, ABC, and CNN, said that the United States would not remove unaccompanied children. Trump also slammed Mayorkas in his speech.

"Secretary Mayorkas' pathetic, clueless appearance on the Sunday Shows was a national disgrace," said the former president. "His self-satisfied presentation, released in the midst of a massive crisis he helped to create, proves that he is unfit to lead DHS," To protect the international crossing, Trump added that a border wall, which he made a focus of his first presidential campaign, is also needed.

On Sunday, Mayorkas blamed a lack of press access on the unfolding COVID-19 pandemic. He said that the Border Patrol agents concentrate on activities, border security, and meeting young children's needs. As his administration struggles with an influx of migrants at the border, Biden last week advised migrants not to make the trip to the United States. According to CBS News, the number of migrant children in U.S. detention has reached 15,000 for the first time.

Migrants wanting to reach the US through the southern border increased

According to Mayorkas, the latest influx of migrants attempting to reach the United States via Mexico's southern border is the strongest in 20 years. There are reportedly 14,000 migrants in federal custody, with thousands expected to settle in the United States.

Although the Biden administration has stated that it is focusing on long-term immigration solutions, it does not have a mechanism to deal with the ongoing migration crisis. After Biden's win and the announcement that Trump's immigration policy will be overturned, career immigration officials predicted a massive surge, The Sun reported.

Since Biden's inauguration in January, the number of people met by border officials has risen significantly. Officials in the department have consistently blamed the present crisis on the Trump administration, arguing that Biden inherited a mess from Trump's immigration scheme. During an interview with ABC News's George Stephanopoulos, Biden said, "You have to try to get rid of the mess that was inherited."