The editor of China's main English-language newspaper proposed on Thursday that the country must launch airstrikes to kill American military troops stationed in Taiwan with airstrikes. 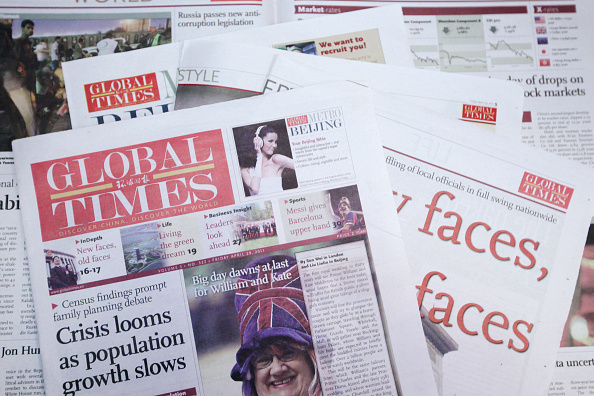 In a recently published article in Newsweek, after an exclusive story from a news outlet revealed that two dozen US forces had been covertly stationed there helping train the Taiwanese military, Hu Xijin, the editor-in-chief of the Global Times, tweeted that China should take action against American "invaders" in Taiwan.

Xijin said that the US should deploy 240 soldiers in US military dress to a public location and make their location known. He also added that Chinese government should check to see whether the PLA (People's Liberation Army) will conduct a targeted air attack against the US invaders following the secretive deployment of American troops in Taiwan.

Tension in the Area Escalates

Tensions in the area have been rising, and Chinese military aircraft have been seen off the coast of Taiwan's territory, with 150 flights recorded in the last week. China has vowed in the past to seize the island country by force if necessary.

Meanwhile, both the White House and the Pentagon are said to be worried about the Chinese military's preparedness for a possible attack on Taiwan, as well as their continuing military fortification, according to a published report in US News.

Furthermore, Taiwan's defense minister, Chiu Kuo-cheng, said on Wednesday that he believes China would be able to conduct a "full-scale assault" on Taiwan by 2025 with minimal fatalities. Additionally, China has repeatedly said that any hint that the US has sent military troops to Taiwan will be met with quick and decisive retaliation.

On Friday and Saturday, the date of China's annual celebration marking the founding of the Chinese Communist Party, dozens of warplanes entered Taiwanese Air Defense Identification Zone, technically outside the island's self-described airspace, followed by more than 50 on Monday, nearly doubling the scale of its previous provocation in June.

The latest round of threats comes at a particularly contentious time for relations between China and the United States, which have reached an all-time low in many ways as a result of the Trump administration's combative economic and diplomatic policies, as well as Beijing's increased aggressiveness in recent months. China may attempt to invade Taiwan in as short as six years, according to US military officials, taking territory it claims as a renegade province of the mainland. The island has been dubbed "Fortress Taiwan" by Pentagon strategists.

In a published article in News7H, it was unclear if the recent revelation would impact any indications of warming between the Biden administration and President Xi Jinping's administration. National security adviser Jake Sullivan met with his Chinese counterparts in Zurich, Switzerland, earlier this week, their first meeting since contentious discussions in Anchorage, Alaska in March.