Airbnb Reportedly Paid $7 Million to Tourist After a Rape Incident

Airbnb compensated a visitor $7 million after she claimed she was raped in a Manhattan apartment, according to a report. It is alleged that the huge payment is part of the firm's systematic effort to conceal the incident. 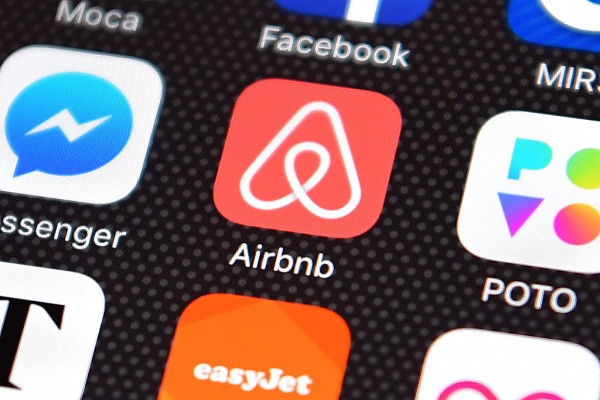 (Photo : Carl Court/Getty Images)
The Airbnb app logo is displayed on an iPhone.

In a recently published article in the New York Post, an unidentified 29-year-old Australian woman alleged that she was raped in Manhattan on New Year's Day in 2016. She and four of her friends leased a first-floor apartment on West 37th Street, a few streets south of Times Square.

The room guests reportedly picked up their keys at a neighboring bodega without presenting identification then proceeded to a New Year's Eve celebration. However, the suspect had a duplicate of the apartment keys, which he used before the assault, according to a report published in BBC News.

The suspect, 24-year-old Junior Lee, was reportedly hiding in the toilet when the woman returned from a club without her companions just after midnight. He is accused of raping her and brandishing a kitchen knife at her.

2Read Also: Virtual Travel Experiences For Exploring the World From Your Living Room

$7 Million Settlement to the Victim

According to a recently published report in Yahoo News, neither Airbnb nor the apartment host can be sued or blamed by the victim as part of the $7 million settlement. The same report claims that the settlement was reached two years after the purported assault.

Meanwhile, Airbnb spokesman Ben Breit said, "In sexual assault cases, in the settlements we've reached, survivors can speak freely about their experiences. This includes the NYC case," according to Hindustan Times.

The alleged Manhattan crime was disclosed as part of a larger probe of Airbnb's "internal safety team," which is in charge of cleaning up the company's biggest problems. Former Airbnb safety agents reported several horrific instances, including hosts who found dismembered human parts or bloodstains in their homes.

Until 2017, those who settled with Airbnb over events similar to this were allegedly forced into non-disclosure agreements. There may be more incidents like this that have gone unreported.

Following the #MeToo movement's revelation that such agreements may be used to shield abusive businesses, Airbnb amended the non-disclosure agreement with a provision stating that "recipients cannot disclose the details of their settlement or suggest that it is an admission of wrongdoing."

Firm Calls for a Nationwide Registration

Earlier this month, the firm spearheaded demands for a national registration system for short-term rental operators, who would be obliged to acquire a registration number from the government or an independent body before listing their properties on sites like Airbnb.

Airbnb said that the change will allow local governments to inform platforms about problems with listings in their region. It will also allow platforms to remove bad actors by stopping individuals from circumventing laws by moving their listings to another booking site.

Since the incident, the business has not changed its policies regarding keys and where hosts may leave them. On the platform, hosts are not obliged to employ keypad locks or change keypad codes between reservations. They are also not required to inform Airbnb of anybody else who possesses a duplicate of a property's key.

Related Article: Stimulus Bill Includes $25 Billion in Rental Assistance. Are You Qualified? Here's How to Apply