Representative Bennie Thompson, chairman of the House Homeland Security Committee, criticized the "horrifying" treatment of thousands of Haitian migrants in Texas and asked the Biden administration to stop repatriation flights. 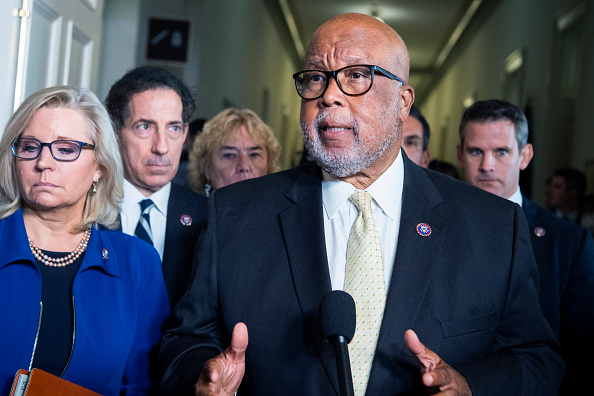 Thompson's Letter To the DHS

In a recently published article in Newsweek, Thompson addressed the issue at the Southern border in a letter to Department of Homeland Security (DHS) Secretary Alejandro Mayorkas dated Friday and urged the U.S. government to "do better" to enable refugees to seek asylum securely.

Thompson wrote that the Biden administration had promised the American people a more compassionate border policy. Del Rio's treatment of asylum seekers does not live up to that promise. Immediate suspension of repatriation flights to Haiti is the first step toward improving the situation since the country's circumstances remain grave.

The Democratic Chairman added, "We must act in line with our values and uphold our legal obligation to provide Haitians, and other migrants, an opportunity to apply for asylum," according to a recently published article in Human Rights Watch.

Read Also: Texas Rep. Pfluger Worries About the Increasing Migrants in Del Rio; Officers Describe the Situation as "Out of Control"

Thompson Criticized the Treatment to Migrants; Suggests To Improve Training

After seeing video evidence of border patrol agents on horseback allegedly lashing out at Haitians with leather reins, Thompson went on to condemn the treatment of migrants. On Thursday, the Department of Homeland Security said that the Del Rio horse patrol unit had been temporarily halted and that the agents' conduct was being reviewed.

As a result, the Democratic chairman urges the Department of Homeland Security to revise its use-of-force rules and enhance border patrol officer training. He stated that before putting men and women on the front lines to defend the border and deal with migrants and other vulnerable groups, the USBP should provide them with the best training possible, according to a published article in CBS News.

Number of Haitian Migrants in the Texas Border

Thompson's letter came a week after 14,000 Haitian migrants crossed the Rio Grande into Del Rio, Texas. Due to the recent influx, the Department of Homeland Security increased border enforcement operations. It quickly deported around 2,000 migrants, while thousands more may be deported under pandemic authorities that deny individuals the right to claim asylum.

According to a news outlet, Mayorkas said Friday that approximately 5,000 migrants are in the department's custody and are being processed to decide whether they would be deported or given asylum. According to Mayorkas, the U.S. has let approximately 12,400 people enter the country temporarily while pursuing petitions to remain before an immigration court.

Furthermore, the surge of Haitian refugees follows the murder of Haiti's prime minister and a devastating 7.2-magnitude earthquake, which threw the country into political and environmental turmoil. Thousands of migrants seek a better life in the United States, and Democratic legislators have condemned the expulsions, calling the situation "inhumane."

Local and federal authorities claimed no migrants remained in the Texas border encampment where over 15,000 people, the majority of whom were Haitians, had gathered only days before seeking asylum. Last Saturday, the number surged when migrants gathered at the border crossing between Del Rio, Texas, and Ciudad Acuña, Mexico, spurred by uncertainty about the Biden administration's policy and misinformation on social media, according to Associated Press.