Los Angeles Star Mike Trout Unlikely To Return This Season, May Not Get Another MVP Award

Mike Trout, the Angels' center fielder, may not still be able to play for the rest of the 2021 season due to calf injury. 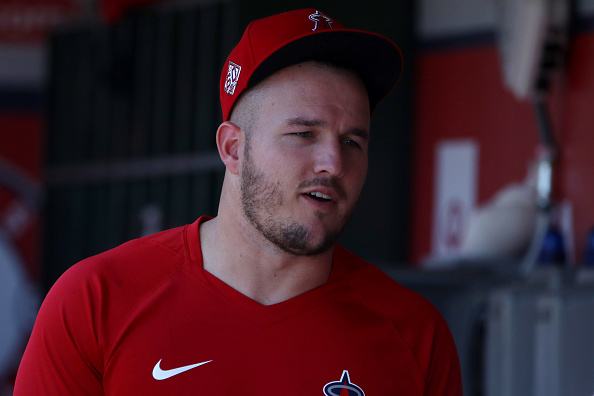 (Photo : Katelyn Mulcahy/Getty Images)
Mike Trout #27 of the Los Angeles Angels looks on before the game against the Texas Rangers at Angel Stadium of Anaheim.

In a recently published article in Sports Spyder, Joe Maddon, general manager of the Los Angeles Angels, said that he does not anticipate Trout to return in 2021. This decision is not final until Trout speaks out on the issue; but for the time being, it seems the Angels superstar will not be playing until 2022.

This decision was fairly expected given that there are just two or more games remaining in the regular season. The Angels are also 11 games out of the AL Wild Card race and 14 games out of first place in the division. Trout, on the other hand, is presently in Chicago with the Angels, where they are playing the White Sox.

Trout had been in baseball for up to six weeks before. It is unusual for a player to be out for so long, but it seems Trout has attempted to work out and develop strength in the interim, according to a published article in CBS Sports.

Trout Is Unlikely To Return This Season

Given that there are only around two weeks remaining in the regular season, Maddon admitted that time is running out for Trout to return. Trout has been sidelined since May 17 when he strained his calf. He was supposed to be gone for six to eight weeks.

The original assumption was that Trout would return in July. However, he had some difficulties as a result of the severe calf pain and may have faced some mental challenges. Trout and Anthony Rendon will have played in only 94 games for the Angels this season. Those are some of their finest and highest-paid position players, according to a published report in MSN News.

On the other hand, Mike Trout, 30, is likely to return to baseball at the very least next season. It will be the fourth year of his 12-year, $426.5 million deal, which he signed in March of this year. Trout will receive $35.45 million each year through 2030, beginning next year.

Trout May Not Get Another MVP

Trout hit .333/.466/.624 with eight homers in just 36 games. It is unclear where the Angels would be on the Wild Card list if Trout had played the whole season, particularly given Shohei Ohtani's remarkable season thus far. Despite his excellent performance, he might not get another MVP award.

The three-time AL MVP is unquestionably one of the game's greatest overall assets, but the Angels started Wednesday at 70-74, far out of postseason contention with or without the slugger in the lineup. Furthermore, Angels manager Joe Maddon seems to be planning to bench Trout until 2022.

Trout said of the injury back in August, "It's one of the hardest things I've been through in my career. I've been through some injuries, but this thing is tough. I never realized how much I use my calf. I'm feeling better. I've been doing a lot lately, seems like every other day, every two days, doing a bunch of baseball activities," according to a published article in ESPN.