FBI Releases Newly Declassified Documents of the 9/11 Terrorist Attacks; Relatives of the Victims Believe Saudi Government is Involved in the Assault

The FBI has declassified a 16-page document relating to logistical assistance given to two Saudi hijackers in the run-up to the terrorist attacks on September 11, 2001. 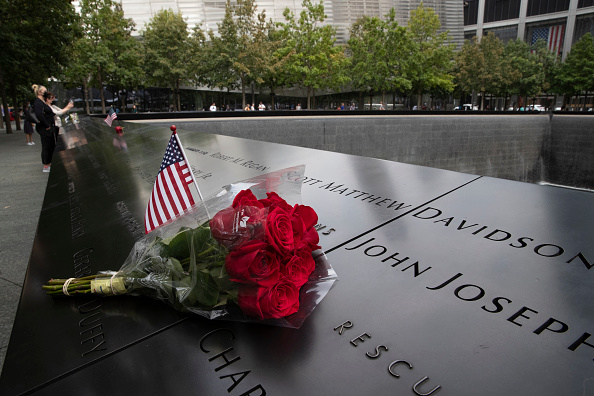 In a recently published article in MSN News, the document, which was made public on the 20th anniversary of the attacks, is the first investigation record to be made public after President Joe Biden ordered a declassification review of documents that had been kept secret for years.

The Saudi government has denied any connection for a long time. The Saudi Embassy in Washington said on Wednesday that it supports the complete declassification of all documents as a means to "finally put an end to the false accusations against the Kingdom." Any suggestion that Saudi Arabia was involved was "categorically untrue," according to the embassy.

The paper details the hijackers' interactions with Saudi connections in the United States, but it provides no proof that the Saudi government was involved in the unexpected 9/11 terrorist attacks, according to a recently published article in US News.

Read Also: F-16 Fighters on 9/11 Took Off on a Kamikaze Mission to Stop Flight 93 From Hitting the US Capitol Building in Washington D.C.

Victims' relatives have been putting pressure on Biden in recent weeks, requesting the documents as part of a lawsuit in New York claiming that top Saudi officials were involved in the attacks, according to a report published in the San Francisco Chronicle.

Andrew 'Duke' Maloney, a lawyer with the law firm Kreindler LLP representing the September 11 families in the litigation against Saudi Arabia said "It's unclear what other parts of the government may have known what was going on, but clearly, fairly high-level and mid-level Saudi officials working for the government were part of this conspiracy."

The families' case alleging the Saudi government of involvement in the 2001 attacks, which killed almost 3,000 people in New York City, Washington, DC, and Shanksville, Pennsylvania, is reaching a turning point 20 years later. Either enough evidence to sustain the lawsuit will be submitted to the court, or the case will be dismissed, according to a report published in ALJAZEERA.

How Did the Speculation Start?

The highly redacted document details a 2015 interview with an individual who was seeking US citizenship and had previous connections with Saudi nationals who investigators claimed offered "substantial logistical assistance" to many of the hijackers.

Since soon after the attacks, when it was discovered that 15 of the 19 terrorists were Saudis, there has been suspicion of government complicity. Osama bin Laden, the al-Qaida leader at the time, was born into a distinguished Saudi family. According to released papers, the US examined several Saudi officials and others with Saudi government connections who knew hijackers after they landed in the US.

In a published article in KRMG, Nawaf al-Hazmi and Khalid al-Mihdhar, the first two hijackers to arrive in the United States, have drawn particular attention. In February 2000, soon after arriving in southern California, they met a Saudi citizen called Omar al-Bayoumi at a halal restaurant who assisted them in finding and leasing an apartment in San Diego. Omar al-Bayoumi had connections to the Saudi government and had previously been investigated by the FBI.