NFL's Quarterback King Tom Brady Continues To Play at 44, Leads the Team To Win During the Season Opener

The Buccaneers of Tampa Bay were sloppy in their first game following winning the Super Bowl. But they're champs for a reason. And Tom Brady is still on the team. 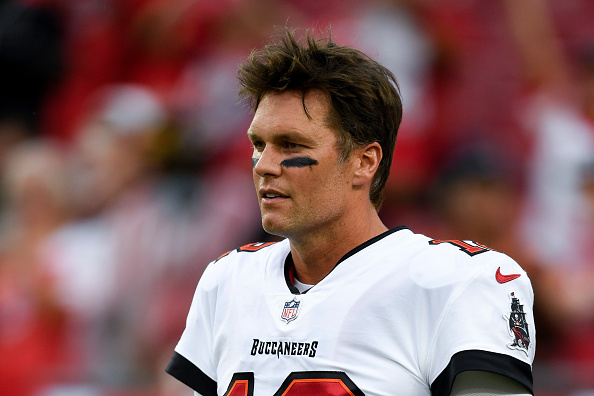 In a recently published article in MSN News, Tampa Bay beat Dallas 31-29 to open the NFL season with Brady passing for 379 yards and four touchdowns. This included a game-winning drive in the closing seconds, finished by a Ryan Succop 36-yard field goal.

The Buccaneers rallied for a 31-29 victory against the Dallas Cowboys in a thrilling NFL season opener, possibly the greatest since the league began starting the regular season with a Thursday night game. After a Cowboys field goal with 1:24 remaining, they were behind 29-28. Brady had spent a lot of time at that location.

Tom Brady led a game-winning drive against the Buccaneers on Thursday, connecting with Rob Gronkowski and Chris Godwin on the sideline, whose fumble earlier in the fourth quarter - Tampa Bay's fourth turnover - set up a go-ahead Cowboys drive. That just set the stage for the Bucs' late heroics. With two seconds remaining, Ryan Succop scored a game-winning field goal to seal the victory, according to a sports article in AOL.

How Brady Made Sure To Win the Game

Consider Rob Gronkowski's spectacular 11-yard touchdown reception, in which he went from lowering back to block, drawing a Dallas blitz, to racing into wide space on a mismatch. "No, that was not the plan," Brady said emphatically. When Brady and Gronk saw the defensive set-up, they simply checked into the play.

Then there was the last drive when the Bucs went back to Chris Godwin on a crucial 24-yard pass that may have been called back due to offensive pass interference, despite the fact that Godwin had previously fumbled the ball when the Bucs were ready to deliver a knockout blow. There's no reason to lock a man out because he made a mistake. Godwin is much too bright and dependable for such a role, according to a published report in CBS Sports.

It was the way the game seemed like a predetermined conclusion after Dallas grabbed the lead with 1:24 remaining. Tampa Bay was always going to win. Meanwhile, Buccaneers coach Bruce Arians said that they have a lot of confidence in close games.

Mistakes of Buccaneers During the Game

When Godwin was hit by safety Damontae Kazee and fumbled inside the 5-yard line, the Buccaneers seemed to be on their way to clinching the game. Dallas, which was behind 28-26 at the time, fought back and had little over five minutes to put together a game-winning drive.

The Buccaneers had a lot of turnovers. A ball went through Leonard Fournette's hands for a Cowboys interception. Ronald Jones fumbled, which resulted in a Cowboys score. Tampa Bay will look back on the opener and realize they could have won handily, but they let Dallas remain in it.

The Cowboys began driving after Godwin's turnover. A critical holding call on Tyrone Smith negated CeeDee Lamb's 24-yard reception, but Prescott bounced back and found Lamb for 31 yards to the Tampa Bay 34. After a huge third-down holding penalty by Cowboys guard Connor Williams, Prescott got enough yards back for Greg Zuerlein to kick the game-winning field goal.