NFL Lays Out New COVID-19 Protocols; Teams With Unvaccinated Members May Be Forfeited

With the start of training camps for all 32 teams less than a week away, the National Football League (NFL) is stepping up its attempts to get players to get COVID-19 shots. 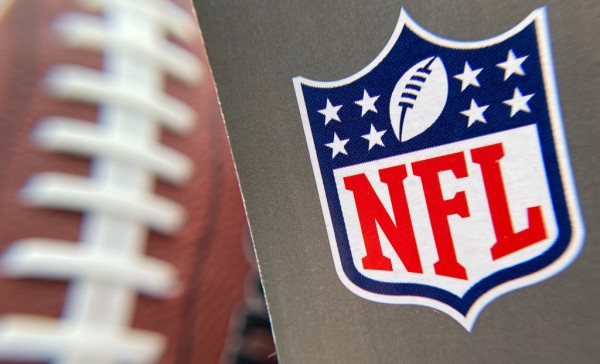 (Photo : CHRIS DELMAS/AFP via Getty Images)
The NFL logo is seen on a football packaging in Los Angeles.

In a recently published article in USA Today, if a game cannot be rescheduled within the 18-week regular-season timeframe due to a COVID-19 outbreak among unvaccinated players, the club facing the outbreak will be compelled to lose the game, according to the recent memo of the NFL.

The NFL also said that the losing club would be liable for the game's lost income. Additionally, neither team's players would get paid for their weekly games. NFL stated in its memo that they have no plans to introduce a '19th week' to accommodate games that cannot be rescheduled inside the existing 18-week regular season timetable.

This contrasts with the previous season when an 18th week was used to make up games that were postponed due to a COVID-19 pandemic. This time, though, the NFL said that all clubs must have their squads ready to play each week. The league recognizes that outbreaks are sometimes beyond a team's control, according to a published article in MSN News.

Privileges of Vaccinated and Sanctions Unvaccinated Players May Face

The NFL, on the other hand, has made vaccination more appealing by creating procedures that allow immunized players to function freely both at team facilities and away from their teams' headquarters. Meanwhile, unvaccinated players must follow stringent procedures and, among other things, are not allowed to leave their rooms for meals when on road trips.

Yahoo Sports reports that after two negative tests within 24 hours of one other, vaccinated athletes who test positive for COVID-19 but report as asymptomatic are allowed to return to duty. Unvaccinated players must spend ten days in isolation before being allowed to return.

According to the memo, NFL Commissioner Roger Goodell also has the authority to impose additional penalties on any club that cancels a game due to a COVID-19 outbreak among unvaccinated players. The league, on the other hand, will not be so lenient with clubs that have breakouts of unvaccinated players.

NFL and NFLPA Support the Vaccination

Although the NFL and the NFL Players Association have actively encouraged club workers and athletes to get vaccinations, players are not obliged to do so, according to a recently published news article in the San Francisco Chronicle.

However, the NFL's player body, which numbers about 2,880 players, is still far from being completely immunized. According to a league spokesperson, 78 percent of players in the league had received at least one vaccine as of Thursday. At least 85 percent of the players on 14 teams have been properly immunized.

Meanwhile, Dr. Anthony Fauci said, "If you want to play football and you want to do it in a way that you feel unrestricted and not worry about any penalties, you just get vaccinated, because they're saying that if unvaccinated people get infected, there are going to be consequences," as per CBS News.