Since the Taliban took control last month, UN personnel in Afghanistan have been more harassed and intimidated, according to Deborah Lyons, the United Nations special envoy for Afghanistan. 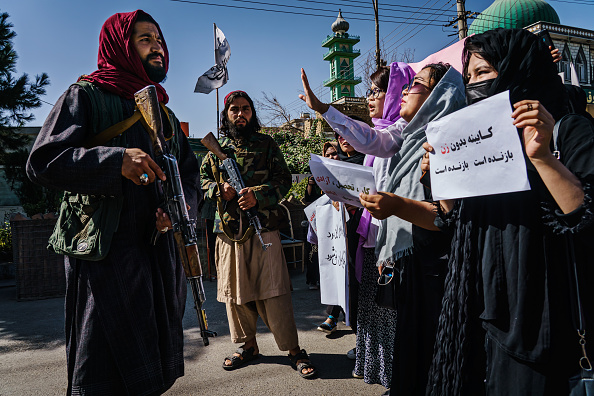 In a recently published article in MSN News, U.N. special envoy on Afghanistan Deborah Lyons told the Security Council on Thursday that they are increasingly worried about the harassment and intimidation that Taliban group is doing against their staff.

However, they will do everything possible to make sure the safety of their national staff and keep them away from any forms of harm and danger. Lyons also added that they cannot do their job to serve and protect the Afghan people if intimidation and harassment continue.

Jeffrey DeLaurentis, a senior US ambassador, informed the council that not only have U.N. employees been harassed, but female employees have been banned from working in the office or forced to work with a male companion, according to a published report in The Hill.

In a published article in Reuters, international pressure has been applied on the Taliban to respect human rights, particularly women's rights, amid fears that women would be denied access to education and employment under the rule.

DeLaurentis said as he informed the council that "To call these reported incidents 'outrageous' would be an understatement. All U.N. staff members must be able to conduct their work without undue burden and without discrimination as to who they are."

Meanwhile, in the country, classes have resumed, with ladies and men divided by a curtain. It can be remembered that the Taliban pledged to show equality among men and women but the recent activities in the country show that they were not following their oath. In fact, there have been a series of protests organized by women Afghans asking the Taliban to let them participate and have positions in the new interim government.

No Women in the Taliban Interim Government

The Taliban proclaimed their new temporary administration after two decades in the wilderness, telling the world that they had reformed and were ready to be inclusive. However, the caretaker Cabinet, which is completely made up of men, is made up of long-time hard-line members of the militant organization, including a US-designated terrorist.

The lack of inclusiveness was noticed by a State Department spokeswoman, but Kate Clark, co-director of the Afghanistan Analysts Network, a policy research group headquartered in Kabul, said it was unsurprising, according to a published report in NBC News.

Furthermore, Zabihullah Mujahid, a Taliban spokesperson, said that this is a temporary government, but did not specify how long the members would serve or how permanent officials will be chosen. The Taliban issued a three-page statement criticizing the government, but it made no mention of women, according to a report published in Yahoo News.

The militants pledged to safeguard minorities and the impoverished, as well as to offer Sharia-compliant education to all Afghans. They also said that Afghanistan's land would not be used to threaten the security of any other nation.

Related Article: US Does Not Recognize Taliban Interim Government Yet, All Men Cabinet Includes US-Designated Terrorist