Taliban, Chinese Officials Meet Ahead of US Withdrawal From Afghanistan

China's foreign minister met with a group of high-ranking Taliban leaders on Wednesday as relations between the two countries improve ahead of the US withdrawal from Afghanistan. 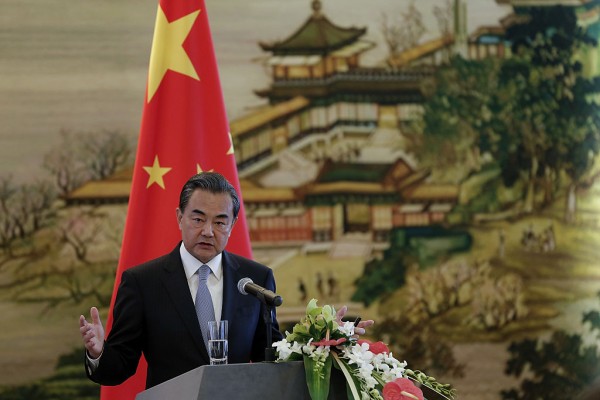 Talks Between Taliban and Chinese Officials

In a recently published article in ALJAZEERA, Chinese Foreign Prime Minister Wang Yi told the nine Taliban officials who arrived on Wednesday, including the group's co-founder Mullah Abdul Ghani Baradar, that Beijing expects them to play a key role in Afghanistan's peaceful reconciliation and rebuilding efforts.

Wang said that China respects Afghan sovereignty and territorial integrity and that it has never interfered in the country's internal affairs. According to him, the United States and NATO's hurried departure exposes America's policies' failures and provides the Afghan people with a significant chance to stabilize and build their own nation.

While the meeting's topic has yet to be revealed, China has an interest in pressuring the Taliban to deliver on peace negotiations or at the very least decrease the amount of bloodshed as they encircle Afghan government troops, according to a published article in the Associated Press.

China and Afghanistan share a thin border high in the mountainous Wakhan Valley, and China has long been worried about an Islamic militancy spilling into its already dangerous Xinjiang province. China has also inked agreements with Afghanistan for oil, gas, and copper mining; but they have remained inactive for a long time.

Meanwhile, Wang expressed China's hope that the Taliban would prioritize the country's and people's interests, focusing on peace negotiations, setting peace objectives, establishing a "good image," and working for unity among all factions and ethnic groups, according to a published article in The Hill.

Moreover, Wang also expressed China's hope that the Taliban would "deal firmly" with the East Turkistan Islamic Movement, which, according to China, spearheads an independence drive in Xinjiang; however, many analysts question its operational form.

The Taliban has effectively seized control of numerous Afghan areas since the Biden administration announced the departure of American forces. The Taliban claimed earlier this month that they have control of 85 percent of Afghanistan's land, but Afghan government authorities refuted this assertion.

In a recently published article in The Washington Post, since May, when US-led foreign troops started the last stage of their departure, which is expected to be completed by the end of August, the Taliban has achieved significant advances throughout Afghanistan.

However, civilians have been killed and displaced as a result of the conflict with Afghan government troops. At the same time, Taliban officials have increased their foreign diplomacy in recent months, hoping to gain world legitimacy once they reclaim power.

The U.S. Secretary of State Gives Comment About U.S.-Taliban Meeting

In a CNN interview on Wednesday, Secretary of State Antony Blinken discussed the meeting, admitting that nations like China, which borders Afghanistan, would be interested in its affairs. He said, "And as it happens, those interests largely align. No one, whether it's the United States, China, India, Pakistan, Iran, Russia, Central Asian countries - no one has an interest in Afghanistan falling into an enduring civil war."

On Wednesday also, U.S. Secretary of State Antony Blinken, who was in India for an official visit, warned that if the Taliban took power by force, Afghanistan would become a "Pariah State."

Related Article: US Troops Will Continue to Launch Airstrikes Against Taliban If Needed