Amazon CEO and Founder Jeff Bezos regained his title as the World's richest person days after Tesla and SpaceX CEO Elon Musk got the position.

Amazon CEO Jeff Bezos is the World's richest person since 2017 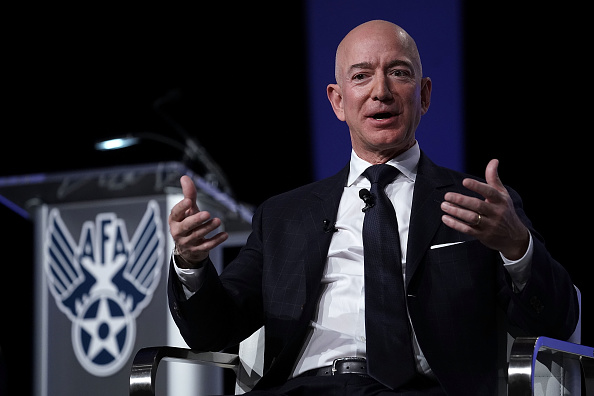 Tesla's and Amazon's stocks both fell on Friday as the market reacted after President-elect Joe Biden released the details of his $1.9 trillion COVID-19 relief package in a speech the previous night. The market is also likely to tremble by the possibility of a lengthy second Senate impeachment trial of President Donald Trump, as per The CEO Magazine. The impeachment chaos could delay the passage of legislation for weeks, as Trump has warned, that it seemed that Biden would increase personal taxes.

By Friday's closing bell, Amazon's stock fell by less than one percent, while Tesla's dropped by more than two percent, which was more than enough for Bezos' net worth to regain his position and go ahead of Elon Musk. The Nasdaq and S&P 500 both finished the week with 1.5 percent, respectively, while The Dow Jones Industrial Average closed down 0.9 percent.

The e-commerce trading site registered its most profitable quarter in the three months ended in September 2020. Meanwhile, Amazon's North America revenue increased by 39.3% year after year amid the surge in online shopping due to the COVID-19 pandemic. The overall revenue of the e-commerce giant has increased by 37.4% to a record of $96.15 billion. Besides, Amazon's net income set a quarterly record at $6.33 billion, indicating that it increased by 196.7% over the third quarter of 2019.

The company has 16 online marketplaces outside the United States. Bezos and Musk stocks both fell, while Ma Huateng, co-founder and Chair of Tencent Holdings, which owns China's most famous application, Weibo, increased $6.6 billion as shares in Tencent staged a midweek rally. Forbes reported that Weibo saw its fortune for a new estimated net worth of $62.8 billion.

Zoom Video Communications' CEO and Founder Eric Yuan had a good week as well. Yuan's fortune rose $1.5 billion to an estimated net worth of nearly $17 billion.

On Friday, Zoom announced that it sold $2 billion worth of its shares to Airbnb co-founder and CEO Brian Chesky, a secondary public offering. Check saw his net worth increase from $1.4 billion to nearly $12.9 billion, although headlines reported that the home-sharing service canceled Washington D.C. reservations to prevent more unrest amid Biden's inauguration. Over the past week, Airbnb's shares rose by 13%.

Amazon announced earlier that it is building five new fulfillment centers in Detroit, with the sites expected to acquire more than 2,000 full-time and part-time permanent jobs with a minimum of $15 per hour wage.

This year, Amazon will open its two new logistics hubs in Italy. The World's largest online retailer has invested more than $278 million, the company said Monday. According to Reuters via MSN, Amazon will do 1,100 new jobs in the coming three years with the distribution center in the north-western city of Novara and a fulfillment center close to Modena city.

The group said in a statement that the company continues expanding its logistics network to satisfy the growing demand of customers, support those small and medium enterprises, and widen product selections. The online retail giant has already invested 5.8 billion euros in Italy since it first started its operations ten years ago. Amazon has employed 8,500 people in Italy.