Coinbase Chief Executive shred that they are now planning to include Dogecoin in its transaction as the altcoin continues to attract the attention of the investors. 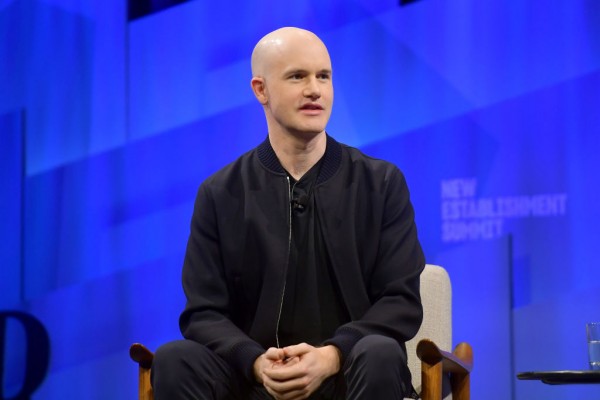 (Photo: Matt Winkelmeyer/Getty Images for Vanity Fair)
Brian Armstrong, co-founder, and CEO of Coinbase speaks onstage during 'Tales from the Crypto: What the Currency of the Future Means for You' at Vanity Fair.

Dogecoin Continues To Rally in the Market

According to Coingecko, Dogecoin is now the 6th biggest cryptocurrency or digital asset in the world. At this time of writing, Dogecoin has a market cap of $69 billion while its current price is at $0.53.

The once called a joke coin now gains the attention of the most prominent investors in the world. Recently Elon Musk announced that he would use Dogecoin to fund his SpaceX Mission and has already worked with the altcoin's development team to improve its transaction.

In a published article in CNBC News, the price of Dogecoin immediately jumps right after Elon Musk announced that Tesla, his Electric vehicle company, is temporarily suspending the use of bitcoin due to its environmental effect.

Many speculated at the time that Elon Musk might be using ADA Cardano, another altcoin, because it consumes little energy. However, experts believed that Elon Musk was referring to Dogecoin because he has been very vocal about it.

In fact, the digital asset has now been included in the different trading platforms because of the attention it gets. Since January this year, a stunning increase of 14,605 percent was seen as investors started to put in cash in Dogecoin, according to Forbes.

Coinbase Will Include Dogecoin in its transactions

Coinbase is a digital wallet with cryptocurrency tradings like Bitcoin, Ripple, BCH, and Etherium. According to a published article in Bloomberg, the Chief Executive of Coinbase said that they will include Dogecoin in its transaction six to eight weeks from now.

Brian Armstrong, Coinbase CEO, revealed this as he spoke to investors earlier this week. Armstrong went on to clarify how Coinbase, which was newly placed on the Nasdaq NDAQ +2.1 percent, will be aiming to expand the introduction of emerging digital assets and his vision for Coinbase as an "App Store" for cryptocurrencies.

"Asset addition is something that's near and dear to my heart. [Coinbase] is going to be focused on how we can accelerate asset addition in the future. There are more and more assets being created in the crypto economy," said Armstrong.

Elon Musk Might Influence Bitcoin Holders To Invest in Dogecoin

TESLA CEO Elon Musk has been very vocal recently on his support towards Dogecoin. After his series of tweets, the price of Dogecoin increases in the market while Bitcoin and other cryptocurrencies plummeted.

Paolo Ardoino, the chief technology officer of British Virgin Islands-based bitcoin and cryptocurrency exchange Bitfinex, said through an email, "Chatter among personalities in the bitcoin space may be influencing recent price movements."

It is feared that Elon Musk's decision to withdraw Tesla's support for bitcoin transfers, along with his warning about the bitcoin network's environmental effects, would result in a prolonged sell-off of smaller digital tokens known as altcoins.