According to Coin Metrics, the price of Dogecoin has risen by 20 percent in the last 24 hours to 32 cents. The meme-inspired cryptocurrency reached a record high of 45 cents earlier this month, sparking rumors of a crypto market bubble. 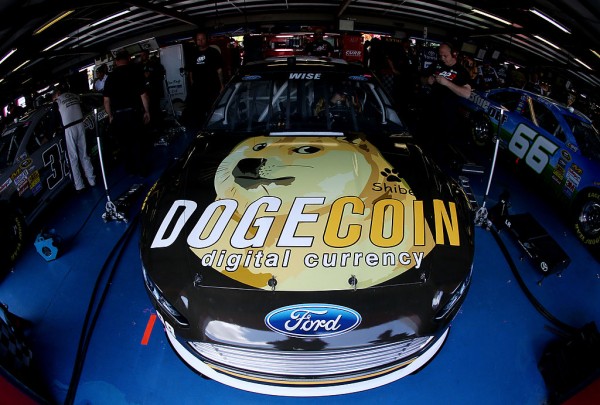 Dogecoin, which began as a prank in 2013, is currently the sixth-largest digital coin, with a combined market cap of nearly $42 billion, according to CoinGecko. It gets its name and branding from the "Doge" meme, which features a Shiba Inu dog alongside illogical words in a colorful text.

In a recently published article on CNBC News, its value has often risen in response to Elon Musk's tweets. Tesla CEO Elon Musk once dubbed dogecoin his "favorite" cryptocurrency and "the people's crypto." Musk is still a fan of blockchain, having amassed about $2.5 billion of the cryptocurrency from his electric car business.

Read also: Crypto Long & Short No, Bitcoin Is Not in a Bubble

Elon Musk and Mark Cuban Tweeted About the Dogecoin

According to a published article on Fortune, in a tweet, Tesla creator Elon Musk referred to himself as "The Dogefather," referring to his fondness for referencing cryptocurrency and sometimes whipping traders into a frenzy.

The Dogefather
SNL May 8

Dallas Mavericks owner and TV personality Mark Cuban also praised the money, claiming that the team will complete 6,000 Dogecoin transactions this month. Cuban admired the currency for being one that people use rather than keep. He also mentioned Robinhood as one of the most significant roadblocks.

Because Doge is the one coin that people actually use for transactions. We take many others via @BitPay . But people spend their Doge and that means more businesses will start taking it. The greatest inhibitor to it's growth is that you can't spend the Doge you buy on Robinhood https://t.co/TrhT9pYkcb

Robinhood immediately responded that it worked on a program to enable people to withdraw and invest in their crypto holdings. At 10:45 a.m. ET, Dogecoin was worth around 30 cents, or 33 percent less than its all-time high of 45 cents.

Will Dogecoin Become a Bubble?

Dogecoin has been around for eight years, and for the majority of the time, it has had a worth of half a cent at most. Ten thousand new Dogecoins will be released every minute for the remainder of the time, implying that the worth will never hold. It is a cryptocurrency that is supposed to keep getting cheaper. Even the coin's maker is perplexed by its recent growth.

However, Dogecoin's crazy rise has prompted concerns from some investors who see it as a speculative bubble. The digital currency is "a prime case of greater fool theory at work," David Kimberley, an analyst at the U.K. trading app Freetrade, told CNBC earlier this month.

Furthermore, at least one individual or organization may be profiting from the dogecoin boom. In February, it was revealed that an unnamed group controls approximately 28 percent of the dogecoin in circulation, totaling 38.6 billion Dogecoin.

Despite arguments from bulls that the digital currency industry has evolved dramatically over the last three years, some analysts still see bitcoin as a bubble. However, unlike bitcoin, dogecoin does not have a hard supply cap, meaning an infinite number can be minted.

Related Article: 4 Aspects to Analyze Before Choosing a Bitcoin Exchange