New Zealand avoids discussing U.S. Pres. Joe Biden's 'Alliance of Democracies' to counter China as the country maintains its good relationship with the Communist Party. The top Kiwi diplomat gave its ties with Beijing a bill of "good health" during her major foreign policy speech. 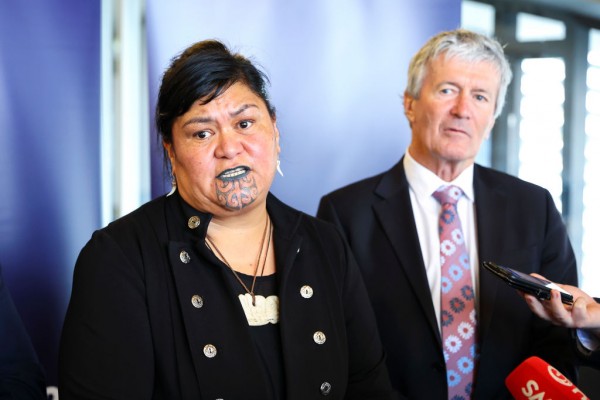 (Photo : Hagen Hopkins/Getty Images)
Minister of Foreign Affairs, Nanaia Mahuta, speaks to media while Minister for Trade and Export Growth, Damien O'Connor, looks on during a welcoming powhiri for APEC 2021.

According to a recently published article in the Washington Examiner, New Zealand avoids discussing Pres. Joe Biden's 'Alliance of Democracies' to counter China.

In a recently published article on The Wall Street Journal, Mahuta told the reporters that New Zealand's relationship with China is in good health at any level. She explained that they engage with China in different issues in a respectful, predictable, consistent relationship.

New Zealand as a Known Ally of the U.S.

According to a published article in the News Room, Biden announced last month his desire to form 'Alliance of Demoracies' to discuss the tensions and threats caused by the Communist Party towards its neighboring countries.

Meanwhile, New Zealand maintains its economic dependence on China and chooses to have a respectful attitude towards the country. It is even though New Zealand is a known ally of the United States.

New Zealand is part of the intelligence-sharing network known as "Five Eyes" along with four other countries, the United States, Australia, Canada, and the United Kingdom. It can be remembered that the group released a statement in January condemning China's crackdown on Hongkong.

New Zealand Unwilling to Get Involved in International Conflict

There are many reasons why New Zealand is avoiding an international conflict, most especially with China. This is even though the other four members of the "Five Eyes" have been very aggressive in coordinating their attacks against China.

In January, New Zealand reached an agreement to "upgrade" its free trade pact with China. Because of Beijing's use of coercive economic policies to blacklist neighboring Australia in the aftermath of political tensions linked to the coronavirus pandemic, the economic decision gained diplomatic resonance.

Taiwan Independence Means War, the Province Is a Sovereign of China

Former Senate Intelligence Committee deputy staff director Emily Harding, now a senior fellow at the Center for Strategic and International Studies, said, "They want to get along with everybody. As the Five Eyes partnership goes, nobody's been looking to them to be a leader on the China issue, but ... there's a lot of conversations going on with them, the same way we were with the Brits, about [the need to] watch out for the Chinese."

In November, New Zealand Trade Minister Damien O'Connor recommended that the Australian government "follow us and show interest, and, I think, show a little more diplomacy from time to time and be careful of the wording" to have a stronger economic partnership with China.