The United States warns China on Wednesday over its increasingly aggressive moves against the Philippines and Taiwan. 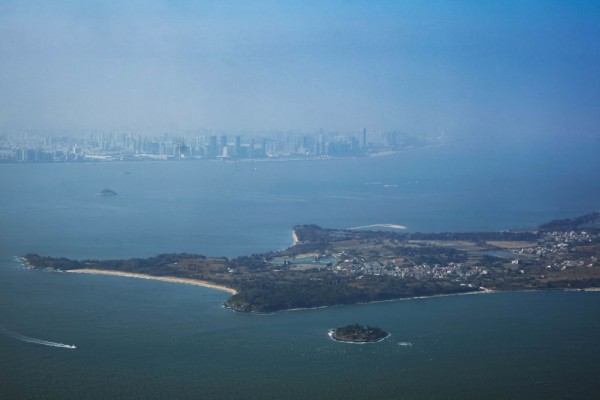 (Photo : An Rong Xu/Getty Images)
A view of the South China Sea between the city of Xiamen in China, in the far distance, and the islands of Kinmen in Taiwan,

The United States warned China on Wednesday of its commitment to defend the Philippines and Taiwan. This is after the increasing moves of China against the two countries in the conflicted area.

In a recently published article in AFP, the U.S. State Department spokesman Ned Price said that an armed attack against the Philippines' armed forces, aircraft, and public vessels would trigger their obligations under the Mutual Defense Treaty between the U.S. and the Philippines.

Price added, "We share the concerns of our Philippine allies regarding the continued reported massing of PRC maritime militia near the Whitsun Reef," The statement was released after China deployed its vessels in the conflicted area.

Why the Tension Escalates?

According to a recently published article in Channel News Asia, more than 200 Chinese boats were spotted at Whitsun Reef on March 7. This is around 320 kilometers away from the west part of Palawan island.

Further, the Philippines has been appealing to China for weeks to withdraw the vessels, which the Philippine government said unlawfully entered its economic zone. However, China claims almost the entirety of the resource-rich sea or area.

The U.S. Commits Its Obligation to Taiwan

The tension between Taiwan and China also grew after 15 more mainland planes entered and crossed the island's air defense, according to a published article in ABC News. Beijing also claimed that the area is part of China.

Price said that the United States is obliged to provide and defend Taiwan from any forms of attacks under the Taiwan Relations Act. He explained, "The United States maintains the capacity to resist any resort to force or other forms of coercion that would jeopardize the security or the social or economic system of the people on Taiwan."

Taiwan Will Defend Itself 'To the Vey Last Day"

Joseph Wu, Taiwan's Foreign Minister, said that it would defend itself 'to the very last day' if China decides to attack the island. He also warned China that Taiwan would shoot down the mainland's drone once it strayed too close to the Taiwanese territory.

Like the Philippines, Taiwan has complained repeatedly against Beijing's military activities in the conflicted zone. This includes the daily deployment of China's airforce in Taiwan's identified air defense zone.

According to the Defense Ministry, fifteen Chinese aircraft, including 12 fighters, reached Taiwan's air defense identification zone, with an anti-submarine plane heading south across the Bashi Channel between Taiwan and the Philippines.

He also added that the U.S.'s concern over the military activities of China manifests a possible attack. However, China said that its activities only aim to protect the mainland's sovereignty.