An Indian lawyer has filed a lawsuit against Prince Harry for allegedly violating his vow to marry her. Palwinder Kaur, the woman, alleged in a petition filed in the Punjab and Haryana High Court that Prince Harry had contacted her on social media and told her he wanted to marry her after interacting for a while.

She also demanded that Indian authorities issue a foreign arrest warrant for Prince Harry so that the police and the U.K. could detain him and compel him to fulfill his vow of marriage without delay. 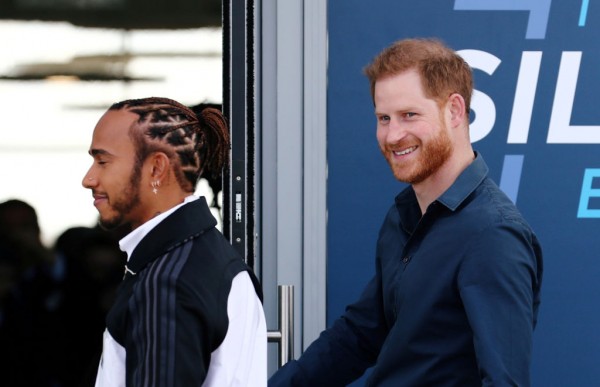 The court dismissed the application, stating that she had not been meeting with Prince Harry and warned her of catfishing risks. The Indian lawyer has filed a lawsuit against Prince Harry Middleton and other people, Daily Mail reported.

"Prayer is this petition filed by the petitioner, who is a lawyer and is appearing in person, is to take legal action against Prince Harry Middleton, son of Prince Charles Middleton, a United Kingdom citizen. And to order the United Kingdom Police Cell to take action against him, as despite a commitment to marry the petitioner, the said promise has not been fulfilled," the lawsuit states.

When questioned by the judge, Justice Arvind Singh Sangwan, she acknowledged that she had never visited the United Kingdom or met the Duke of Sussex in person. Their only contact had been via email and social media. She went on to say that she had taken the difficult decision of requesting the court action after writing to Harry's father, Prince Charles, to tell him that Prince Harry was engaged to her and had broken his vow to marry her.

The court denied the case, stating that it could not be proved that she had spoken to Prince Harry. But they did try to be sensitive to the woman, finding out that there are several false accounts on social media that cannot be counted on as evidence of real-life conversations. According to The Sun, catfishing is the phenomenon of making false identities to trick victims, often by promising romantic commitments.

The Indian lawyer said their romance blossomed online, with a man claiming to be Prince Harry, who then proposed to marry her. Kaur, who claimed she was duped into thinking she was speaking with Prince Harry, has filed a lawsuit demanding that the true Prince Harry fulfill his vow of marriage.

Fortunately for the sixth-in-line to the throne, the Punjab and Haryana high court rejected the filings, calling them a "daydreamer's fantasy," allowing Prince Harry to keep his marriage to Meghan Markle intact. "Love is blind, and in this situation, it went a step further," Amangurbir Singh Dhillon, a lawyer with the Punjab and Haryana High Court in Chandigarh, told The Independent.

"The woman was so blinded by love that the high court had no choice but to shed some light on her situation and provide her some clarification. Hon. Justice Sangwan expressed concern for a young naive lover, which I believe is an outstanding example of judicial conduct."