When Princess Diana joined the Royal Family in 1981, Prince Philip, who died on Friday at the age of 99, went out of his way to make her feel welcome. 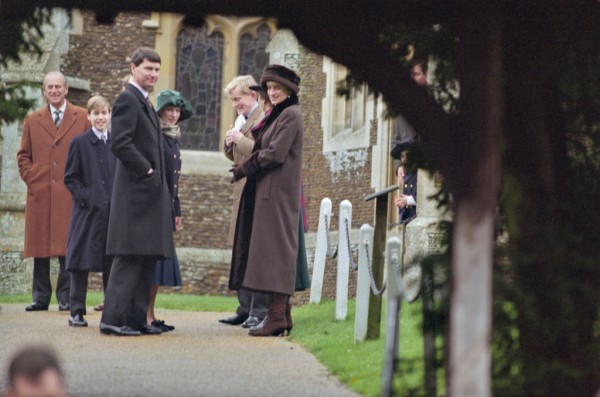 Over the years, the two became close and often interacted, with the Duke signing off letters to his daughter-in-law "with fondest love, Pa." Philip used to give Diana love advice. He worked hard to help the royal recover her marriage to Prince Charles.

After courting for less than a year, Diana married Prince Charles in 1981. The Duke of Edinburgh is said to have pushed for the marriage because he wanted his eldest son and heir to have a stable life.

Prince Philip enthralled Diana, and the two often conversed and sat next to each other at formal dinners and events. Prior to Diana and Charles' split in December of that year, the two exchanged a series of letters in 1992.

The letters reveal Diana's strong relationship with her father-in-law, with the Duke providing frank advice and concluding each letter with a touching note, as per Daily Express via MSN. "Ma and Pa" was how Philip and his wife, the Queen, addressed themselves.

According to Fox News, another "outsider" soon became Princess Diana's ally as she joined the British royal family. Her father-in-law, Prince Philip, was taken with the Princess of Wales at first and was eager to help her adjust to her new role.

Diana married Prince Charles, the British heir to the throne, in 1981. "Philip spent seven decades literally and metaphorically walking behind the queen," British author Tom Quinn told Fox News. "Still he was the pillar of the royals' private life, helping Diana through her most painful times. When he thought his sons' conduct was not up to par, he reprimanded them, including Prince Charles."

As Prince Philip heard that Princess Diana's marriage to Prince Charles was on the rocks, he promised to lend a listening ear, according to letters discovered after Diana's death in 1997 at 36. Diana has long accused Charles of having an affair with Camilla Parker Bowles, his ex-girlfriend.

Their bond, however, is said to have taken a turn when Diana took matters into her own hands. Andrew Morton published "Diana: Her True Story - In Her Own Words" in 1992, a shocking book based on tapes the Princess of Wales secretly made and sent to him. Diana spoke up about her rocky marriage to Charles.

According to Ingrid Seward, Philip was reportedly "incensed" by the revelations, royal author, and editor-in-chief of Majesty Magazine, who later told the UK's DailyMail that Queen Elizabeth II was "procrastinating" on the matter of whether Charles and Diana should divorce.

According to Seward, after the publication, Queen Elizabeth II convened a family meeting with Charles and Diana to help them work out their problems. "Try to think about their children, the monarchy, and the country instead of their personal troubles," Philip said in the private sitting.

"He sought to get her to face the truth and live with the issues of her life, stating that he had firsthand experience with the challenges of marrying into the royal family," Seward said. Philip signed some of the letters he wrote for his daughter-in-law as "Pa" and expressed his sympathy to Diana after his son became engaged in an extramarital affair with his ex-girlfriend Camilla Parker Bowles, as per The News.

The prince made stern remarks to Diana, saying he wanted her to realize that becoming the wife of the heir to the throne "involved far more than merely becoming a hero of the British people." Diana was said to be enraged by the response. In 1996, Diana and Charles officially divorced.