Connor Cruise has begun a new career as a "grill master," as he has posted a new food Instagram account where he can showcase his meat creations.

Tom Cruise and Nicole Kidman's adopted son has kept a low profile throughout his life, but he recently embarked on a new venture with a close friend. Connor, 26, used Instagram to announce the unveiling of a new food blog in which he recorded himself grilling different meats.

Tom Cruise's son shared a backyard view of a stone patio with different grills, saying in the caption, "After many friends telling me I have finally decided to start a food IG @connorsmeatshack with my bestie @kimj526.

The star has shared his cooking strategies for Al Pastor, Wagyu brisket, smoked Ribeye, chicken on a spit, and more on his latest website. The young chef has sent tips to his fans about how to make delectable dinners.

According to The Sun, Connor has only posted a few pictures of himself on Instagram but he recently gave his 32,000 followers a glimpse into his current life with a snapshot of him catching a huge fish. The Scientologist went fishing in Costa Rica with friends and shared a photo of a large yellowfin tuna.

Over the last few years, the former deejay has made a name for himself as a fisherman. He's based in Clearwater, Florida, where he can catch a variety of fish in the Gulf of Mexico, but he's also seen Instagram images from many fishing trips to Costa Rica, where he got in some Pacific Ocean reeling.

Tom Cruise and Nicole Kidman's relationship with their children 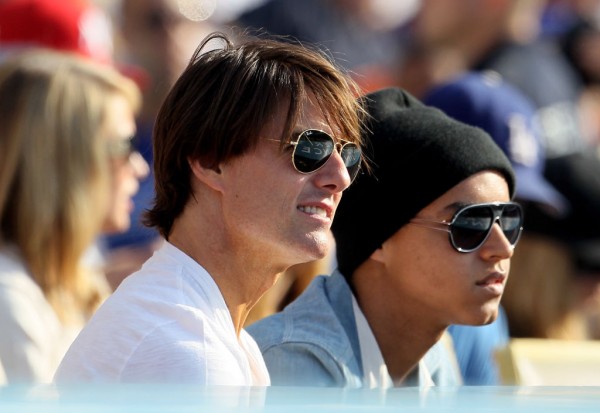 Around a year ago, a source told PEOPLE that Tom Cruise and Nicole Kidman's son was interested in the sport as part of his appeal for a "quieter existence." "Connor is based in Clearwater, the church's main hub. He still DJs, but he's turned into a major fisherman," they said.

He's happy to live a quieter life," the source added, pointing out that he lives in the same location as the Church of Scientology's headquarters. Connor and his sister Bella, 28, raised by the popular couple, have adopted their father's religious beliefs and have devoted their lives to Scientology.

The source previously said that the children had remained close with Tom Cruise due to their continued belief. Connor and Isabella grew up in the church of Scientology, where they have been members since they were kids. The two "are completely dedicated scientologists just like their father," the insider continued.

After the couple divorced in 2001, Connor remained close to his 58-year-old father, who also owns a large home in Clearwater, Florida. Over the years, the pair have been seen at athletic activities such as basketball games and auto races, HollywoodLife reported.