Michael Jordan's dad was not killed by Daniel Andre Green, which supports the argument that he was murdered by Larry Demery, a new documentary claims.

Who is the real killer of Michael Jordan's dad? 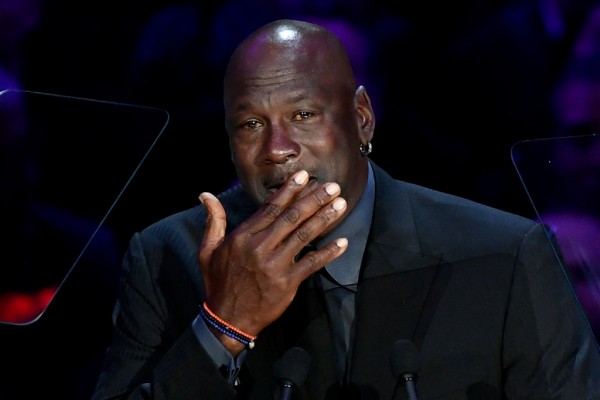 Much of the claim is based on James Jordan's autopsy report after his body was discovered in a South Carolina swamp in August 1993, based on a clip from the latest docuseries 'Moment of Truth' released by The Daily Beast. The five-part docuseries will premiere on Amazon's ad-supported free video service IMDb TV on April 2.

Jordan pulled his red Lexus to the side of the road to take a nap when he was shot once in the chest and killed in a botched carjacking, the authorities said. Demery, sentenced to life in jail, will be qualified for parole in August 2023 after committing to a plea deal in 2016.

When police could not identify the victim due to its decomposition, Dr. Joel Sexton conducted the autopsy as John Doe. Jordan died of a gunshot wound to the right side of his chest, but there were no corresponding holes in his uniform.

A series of holes discovered in the lower portion of the shirt, indicating the spots would have been at the chest if the shirt was pulled up a foot when the shot was fired. According to the Chicago Tribune, the report states, 'There is no hole in the shirt at that point.'

Oscar Nominated George Segal Dies Due To Complications After Surgery

The documentary reminds viewers to think about the probe

Those concerns should make viewers think ever more about how the investigation was done, the documentary suggests. The arguments made in the film aren't exactly new. Green's attorneys claimed law enforcement misconduct in 2016, The News & Observer reported.

Jordan was cremated as John Doe on August 7, 1993, 15 days after his death, following his autopsy. Jordan's family found him missing 21 days after his murder.

His attorneys have allegedly threatened to implicate Deese by finding out that he and Demery both served at Crestline Mobile Home. The company was less than a mile from where Michael Jordan's dad's body was discovered and was reportedly involved in local drug trafficking, according to The Daily Beast.

Demery reportedly aided Deese in trafficking drugs, and Deese was indicted for cocaine trafficking a year after Jordan's death. 'In fact, Deese served as a cabinet setter within the plant during his employment at Crestline and never had any interaction with Larry Demery,' Deese's lawyer Dale Godfrey said in a statement obtained by The Robesonian.

In 2002, a corruption probe into the Robeson County Sheriff's Office resulted in the arrest of 22 police officers, including Glenn Maynor, Deese's father's successor as sheriff.

The Robesonian revealed in 2017 that Deese confessed to being a convicted drug dealer but said he changed his life after being released from drug trafficking charges. Johnson Britt, the prosecutor in the lawsuit, pointed out that Green had previously served time in jail for robbery with a deadly weapon in 1990.

Green was also seen on camera dancing while wearing a Chicago Bulls gold watch and an NBA All-Star ring, which images were allowed during the trial. At Green's mother's house, where Demery was also staying, a stolen gun was discovered hidden inside a vacuum cleaner. Prosecutors alleged Green was seen driving through town in a Lexus.

On the other hand, Green has an alibi for the night of Jordan's murder and has defended his actions during the investigation. According to the Daily Beast, some witnesses saw Green partying at his godmother's trailer the whole night Jordan was murdered.

Demery was also at the party, according to Green, but left to meet someone for a drug deal before returning hours later and asked Green to accompany him. Demery allegedly identified shooting Jordan after mistaking him for a drug connection, according to him. Green also said that he helped an old friend dispose of Jordan's body and abandon the vehicle.