Experts revealed yesterday that Prince Harry might be working in the United States on a visa reserved for people with 'extraordinary ability.' 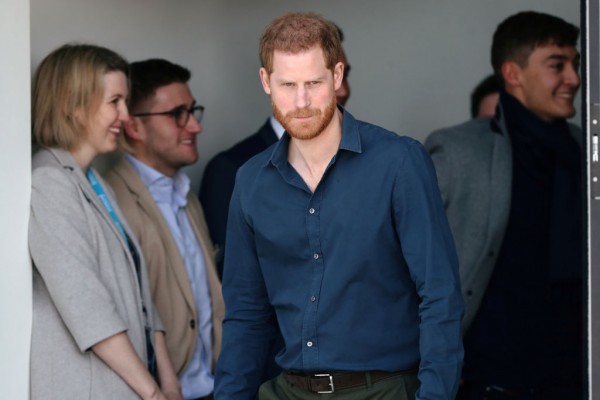 The O-1 visa, which extends up to three years, has been used by Canadian singer Justin Bieber and Australian actor Hugh Jackman. The Duke of Sussex now has two jobs in the US, as well as TV and radio campaigns, causing many to ask how he obtained a visa.

Since moving to California with his American wife Meghan Markle last year, Harry was not immediately eligible to seek jobs as a British citizen. He may have applied for a green card, but it would have resulted in significant income tax consequences, which could take up to 21 months to process, as per Daily Mail.

The O-1 visa is for "a person with extraordinary ability in the sciences, arts, education, business, or sports, or who has a proven record of extraordinary achievement in the motion picture or television industry that has been acknowledged nationally or internationally," according to the website. Prince Harry's involvement with the Invictus Games for injured servicemen will include him.

The Duke of Sussex's new interview with Oprah Winfrey undoubtedly brought in millions for the television industry. Meanwhile, the issuance of an O-1 visa can take as little as a few weeks, and Harry's friends, including former President Barack Obama, so seeking a US citizen to act as a referee would not have been a challenge.

'Harry will have no trouble getting the O-1 because he's a prince,' said immigration expert Doug Lightman of Lightman Law in New York. He's traveled the globe, and then there's his job with Invictus. It'll be worth accepting him.'

However, it is unknown which visa Prince Harry is on. Requests for comment from his representatives were not returned.

What's next of Prince Harry after saying goodbye to Royal life?

Since leaving the royal family for good, Prince Harry has begun a new career as the chief impact officer of a mental health start-up, as per The International News. The Duke of Sussex's latest position suggests that he has finished his current career and will never return to the royal family as a working member.

Despite his current health crisis, the father-of-one will officially be operating from his plush Californian mansion, so unlike all of us, he will have the comforts of a 14,500 square-foot palace. The Montecito home is stylishly spacious and costly, with nine bedrooms, 16 bathrooms, a library, theater, and a swimming pool.

Meghan Markle's sweetheart has been elected chief impact officer of BetterUp, a company that focuses on mental health coaching to boost people's results. As Prince Harry would initially be a home worker, he has confined himself to his home, as has become the trend for many. According to Harry's current manager, the prince would not have an office at the company's headquarters in San Francisco, who declined to announce the prince's salary.

The huge house, which lies on 5.4 acres in Montecito, is similar to the homes of US talk show hosts Oprah Winfrey and Ellen DeGeneres. According to The Sun, royal author Penny Junor said the current set-up was "a world away" from other people's experience of working from home.

Following Prince Harry's designation as chief impact officer, his new boss said he was "impressed" with his worker's "incredible attitude." About the fact that Prince Harry's new role was just revealed this week, he said he has been working there for "a few months," the Mirror reported.