President Joe Biden's approval rating has dropped in the last week as he continues to be questioned about the border crisis. Immigrants surge at the border, and outrage from across the political spectrum over the administration's handling of the situation. Republican lawmakers have jumped on the questions, accusing Biden's immigration stance of worsening them. 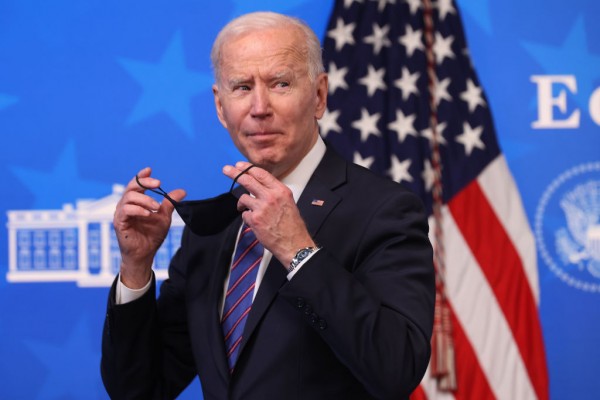 Democratic politicians have expressed fears over the detention of underage migrants at the border, raising questions over how they are handled.

According to the poll results conducted on March 24 and 25 among 1,005 adults in the United States, Biden has a 53 percent approval rating and a 41 percent disapproval rating. The extent of reduction in approval differed depending on which political party respondents belonged to.

Ninety percent of Democrats said they approve of Biden's performance. Joe Biden's approval rating was down two percentage points from the previous week's score of 92. He received 52 percent support from independents, down from 56 percent previously. His approval rate among Republicans has fallen to 15 percent from 23 percent a week ago.

Alejandro Mayorkas, the Secretary of Homeland Security, said last week that the United States is on track to see immigrants' largest surge in two decades. He and those in the administration, on the other hand, have refused to term the case a crisis. They have also tried to link problems to policies implemented by the previous administration. Former President Donald Trump and his allies have dismissed those claims, calling for building a border wall to resume.

According to US Customs and Border Patrol statistics, unaccompanied minors at the border have increased since Biden took office. Vice President Kamala Harris will be in charge of the administration's approach to the border concerns.

President Joe Biden announced that the U.S. would transfer hundreds of migrant children and teenagers out of overcrowded detention centers along the Southwest border. He was trying to refute claims that his administration's policies are responsible for the increased number of immigrants wanting entry into the world, as per 9News.

Since taking office, Biden was repeatedly pressed on the border crisis at his first press conference. He said his administration was taking action to fix the situation, including reserving space at a Texas Army base for around 5,000 unaccompanied minors. Yet, he mostly retaliated against criticism.

He noted that his administration is continuing to immediately expel most adults and families under a public health order issued at the onset of the COVID-19 outbreak, as was done under President Donald Trump. The critical distinction is that the government encourages children and teens to remain in the country, at least temporarily, putting a burden on government services during the pandemic.

GOP urged to squeeze Biden, Democrats on the border crisis

Republicans are speeding up their attempts to pressure President Biden and congressional Democrats over the border surge, seeing a strategic opportunity as the year moves closer to 2022.

After four years of being mocked for Trump's policies, GOP lawmakers are now trying to turn the tables. They are pressuring Democrats to block immigration measures on the floor, focusing on lawmakers who are up for reelection and take well-publicized trips to the border.

The GOP policy is taking shape as the Biden administration faces mounting opposition, including some Democrats, over the border surge causing humanitarian concerns. According to the most recent statistics, the federal government holds over 15,000 unaccompanied minors who took the risky path from Central America and Mexico to obtain asylum in the United States, The Hill reported.