Former President Donald Trump said on Tuesday that he wants his supporters to get the "great" COVID-19 vaccines developed during his presidency. 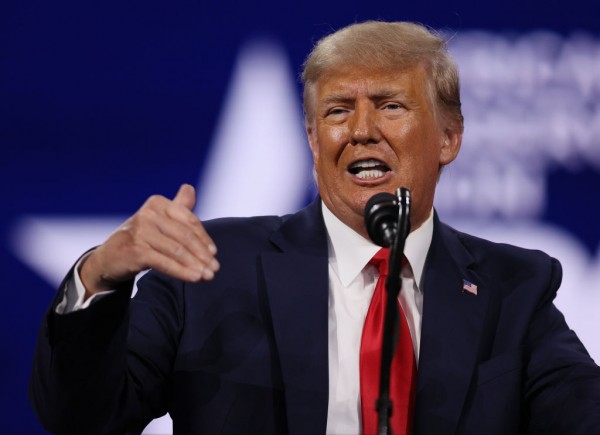 In a Fox News interview with Maria Bartiromo, Trump expressed his displeasure with several Republicans who think they don't want to be in charge. "I would recommend it, and I would suggest it to a lot of people who are hesitant to receive it. And, to be honest, a lot of those people voted for me," Trump added.

According to a poll released last week by NPR, PBS, and Marist, 41% of Republicans do not want to get vaccinated, compared to 34% of independents and 11% of Democrats. President Joe Biden, who said last week that enough vaccines would be available for all Americans to sign up for vaccinations in May, mocked Trump's potential leverage on his followers on Monday.

As president, Trump oversaw the federal Operation Warp Speed, which invested billions in coronavirus vaccine research and development, and he scoffed at Biden's statements of credit for speeding up delivery. When Trump was president, the first two vaccines, from Pfizer and Moderna, were approved.

Trump, unlike President Joe Biden, did not undergo the vaccine in person. Still, Fox News reported earlier this month that he and former First Lady Melania Trump both got their vaccines privately at the White House in January. Trump used the opportunity to condemn Biden for attempting to claim credit for his vaccination achievements, reminding Bartiromo that without his administration's attempts to secure FDA emergency approval, Americans would be without a vaccine for years.

"We've been going around the clock, and what I got the FDA to do, if I hadn't gotten involved, this would have happened... many, many years from now," he said. Trump praised his administration for taking a "big risk" on improving "the vaccine before we knew what works."

Donald Trump: It's a great vaccine'

Few individuals refuse to take the COVID-19 vaccine because they are afraid of side effects or other medical complications, although the vaccines are effective in several trials. According to polls, Republican men and Trump supporters are among the most opposed to the vaccines, as per USA Today.

Trump was the first former president who declined to appear in a public service announcement urging Americans to take up vaccine shots. Biden said on Monday that he would not wait for Trump's assistance in getting people vaccinated.

Dr. Anthony Fauci, a top medical expert to both Trump and Biden, had encouraged the former president to ask supporters to get vaccinated, stating that it would make a big difference. During his address at the Conservative Political Action Conference on February 28, Trump, who developed coronavirus in early October during the presidential race, voiced enthusiasm for the COVID-19 vaccines.

Trump said it's too early to predict if he'll try again in 2024 though protesting the election and criticizing his opponents. Trump also chastised Meghan Markle for her latest criticism of the British royal family, denying claims that she is contemplating a presidential bid.