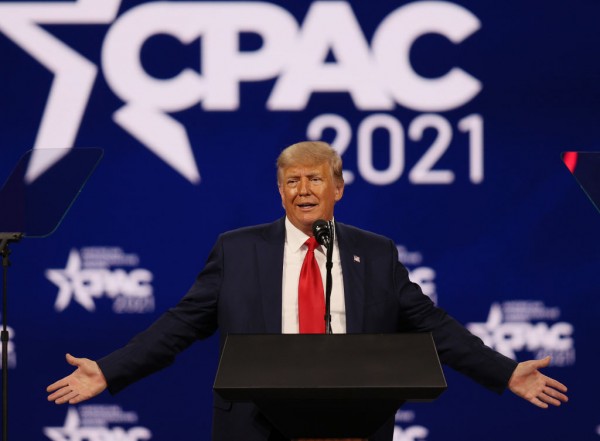 According to Politico, then-Treasury Secretary Steven Mnuchin preemptively boosted government spending under the Trump presidency, accumulating well over $1 trillion. Thanks to the economy's instability after the pandemic, the rainy-day fund was built up to anticipate potential future stimulus initiatives.

In an email to the outlet, Mnuchin said, "Early on in the COVID-19 crisis, I made sure we still had enough funds on hand to be prepared for any required economic reaction."

Few people were surprised by how fast the Internal Revenue Service (IRS) was able to offer the first round of direct payments when Americans began to collect the $1,400 stimulus checks in their bank accounts this weekend. The cash pile left by Trump not only meant that the checks were released quickly. But it also ensures that the Treasury does not need to raise spending to pay for Biden's sprawling relief legislation, Newsweek reported.

The House narrowly approved the stimulus package by a vote of 220-211 earlier this week. All Republicans voting in favor, and only one Democrat, Maine Rep. Jared Golden, voting against it. On Thursday afternoon, Biden signed the stimulus bill into law.

Stimulus Check: The Good, Bad Side that Would Surprise You

Republicans have escalated their attacks on the relief spending's high price tag over the last week. On the other hand, Trump's huge cash pile demonstrates that his government expects that the economy will need yet another massive boost.

According to recent polls, voters back the stimulus plan on a bipartisan basis. Based on a Wednesday Morning Consult/Politico poll, 74 percent of voters backed the measure, including 59 percent of Republicans. According to a February Quinnipiac University survey, the $1,400 direct payments were the most common provision among GOP voters, with 64 percent of respondents in favor.

Senate Minority Leader Mitch McConnell said in an interview with PBS NewsHour last Thursday that the positive public response was "unsurprising," given that voters are unaware of the bill's contents.

Third Stimulus Check: Why Do You Need to Track It?

Treasury Secretary Janet Yellen said on Sunday that the US will return to full employment in 2022, reiterating her estimate now that the Biden administration's coronavirus pandemic relief package has been signed into law. Yellen said in an interview with "This Week" on ABC News, "I am hopeful that if we beat the pandemic, we will get the economy back at full employment next year."

Last month, Yellen claimed that the US economy could rebound. It will be based on President Joe Biden's bill being passed, which contains cash grants to families, an extension of the child tax credit, and support for vaccine delivery and testing.

The bill passed the Senate by a 50-49 vote earlier this month and the House by a 220-211 vote last week. It was the administration's first big victory, and it came as millions of Americans struggle to make ends meet as the coronavirus pandemic has wreaked havoc on the economy in recent months. Last year, the Trump administration passed relief bills that included cash grants to taxpayers and other forms of assistance to people, Business Insider via MSN reported.