President Joe Biden broke a campaign promise to prosecute Saudi leaders after failing to sanction the Saudi Prince who authorized the murder of journalist Jamal Khashoggi. 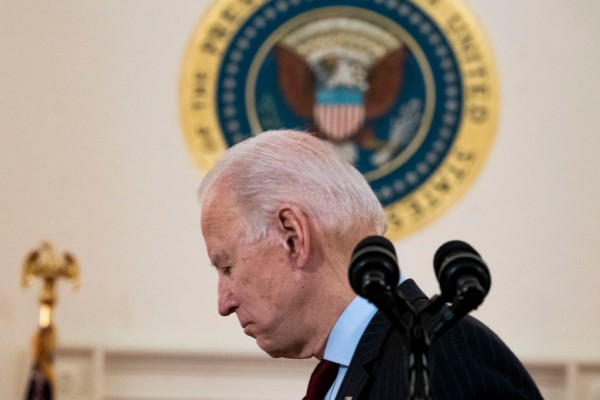 In an unclassified intelligence briefing on Khashoggi's death issued by the U.S. Office of the Director of National Intelligence, no steps punishing Crown Prince Mohammed bin Salman have been reported.

According to the report, MBS, the crown prince, gave his direct approval for Khashoggi's murder in October 2018. In a list of Treasury Department penalties that included the rapid interference force of the Saudi Royal Guard and a former deputy intelligence chief, MBS was not listed.

Visa restrictions were revealed by Secretary of State Antony Blinken on 76 Saudi officials who were engaged in abusing journalists and activists but did not call MBS. In November 2019, on the campaign trail, Biden promised to punish Saudi officials, which his predecessor, Donald Trump, would not do.

When asked if he would prosecute Saudi officials, Biden responded firmly, "Yes." Biden remarked at the time that Khashoggi was murdered and dismembered on the order of the crown prince, The Sun reported. "The U.S. would not sell more weapons. Instead it would make Saudi pay the price and make them the pariah that they are," said Biden.

The Biden administration is not looking to influence Saudi Arabia or the succession further, as per Ayham Kamel, the Eurasia Group's Middle East and North Africa practice leader. According to Kamel, the Saudi leadership has "decided to take a positive stance in the short term to limit tensions with the U.S.," citing the release of human rights activists as an example.

In an interview with Univision News, Biden said he told Saudi King Salman this week that "the rules are changing" in the kingdom's relationship with the United States and that "significant changed will be declared today and Monday." On Friday, the Biden administration released a partly classified report that the U.S. intelligence committee accused the Saudi crown prince of murdering Khashoggi inside Istanbul's consulate in October 2018.

A White House press secretary, Jen Psaki, would not reveal whether Biden brought up Khashoggi's death or informed the king that the report would be released, as per Bloomberg via MSN. There is no suggestion that the United States wants to sanction the crown prince for the time being. That goes with a broader assessment that he'll be the kingdom's monarch for years to come, and punishing him now will risk alienating a nation that, faults and all, remains a significant ally, which left some dissatisfied Democratic lawmakers.