A former FBI chief has blasted Lady Gaga's $500,000 reward for her missing dogs as it has put the current police operation at risk and potentially fuelling further dog nappings for ransom. 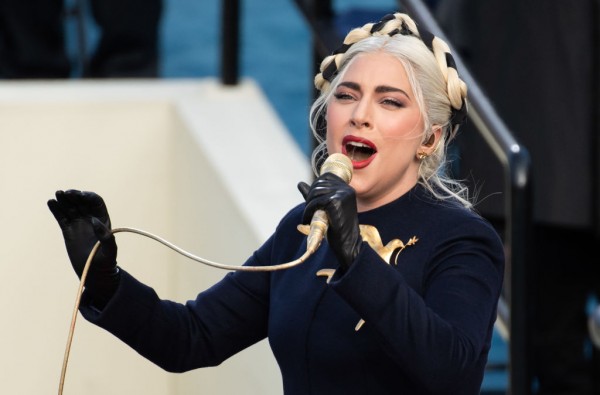 Anyone who can help retrieve the Bad Romance singer's stolen dogs, Koji and Gustav, will reportedly receive a $500,000 reward from her. Ryan Fischer, Lady Gaga's dog walker, was shot four times in the chest by two thieves on Wednesday night outside his West Hollywood home.

According to The Sun, Fischer was walking the star's three puppies just before 10 P.M. when the incident happened. Two of the French bulldogs, Koji and Gustav, were taken from Gaga, while the other, Miss Asia, got away.

And now Gaga is allegedly offering half a million reward with 'no questions asked.' Frank Montoya Jr., who spoke to the Daily Mail on Thursday, said Lady Gaga's reward opened a market for criminals to start stealing celebrity dogs and returning them for high ransoms. Montoya Jr., who served in the FBI between 1991 and 2016 after serving in the army, said it had always been an option for opportunistic criminals to steal pets from high-profile celebrities.

But paying, "no questions asked," may open up some sort of Pandora's box. Lady Gaga is currently in Rome filming Gucci, a new film by Ridley Scott, in which she plays Patrizia Reggiani, the ex-wife of Maurizio Gucci. It is uncertain if the singer is planning to return from Italy after the incident.

The video from the scene obtained by the Daily Mail shows a white car driving up alongside the 30-year-old. Two of them climb out of the back seat, then one of them lunges at Fischer and pushes him to the ground.

Fischer was fighting over the dogs with the two boys, yelling for help. He then calls out as he is dragged away from the dogs and to the sidewalk by one of the attackers. The two people climb back into the sedan and then start to make off with Koji and Gustav.

One of the dogs could be heard yelping and growling as it was carried away. Miss Asia tried to hide and can be seen rushing off to the side of the dog walker.

For more than a minute, Fischer was lying on the ground crying for help. Eventually, a nearby house resident heard his screams, rushed outside, and called the police. When the police arrived at the scene on Wednesday night, he was found conscious but barely breathing.

In a "grave" state, he was taken to the hospital; officials told TMZ. Cops identified the suspects as two black males wearing baseball caps riding a white BMW. They allegedly left the scene.

Video taken from the scene showed a man clinging to Miss Asia on the ground as he got treatment, as per The Sun. Later on, another man was seen taking the bulldog from the victim's arms and comforting it.

Pictures reveal that one of Gaga's bodyguards later picked up Miss Asia. Law enforcement officers told the publication that they were not sure whether Gaga's dogs were specifically the target or not.

Lady Gaga's father speaks out on the dog napping

Joe Germanotta, Lady Gaga's father, spoke after the horrifying attack that happened on Wednesday that left his daughter's dog walker shot and two dogs stolen. In a phone call Friday morning, Germanotta told CNN, "We are hoping for an act of kindness so we can get the dogs back."

Referring to the dog walker, Germanotta said they were upset, ABC News3 reported. "It's very horrific that someone is going to shoot someone to steal some dogs. Hopefully, they will be caught, so that we can safely get the dogs back."

According to Lady Gaga's father, the dog walker is a close friend. He is hospitalized in critical condition, officer Mike Lopez of the Los Angeles Police Department told CNN. LAPD detectives reviewed surveillance footage showing two people attacking the dog walker, started firing, and then leaving the scene with two of the singer's dogs, named Koji and Gustav, as per Lopez.